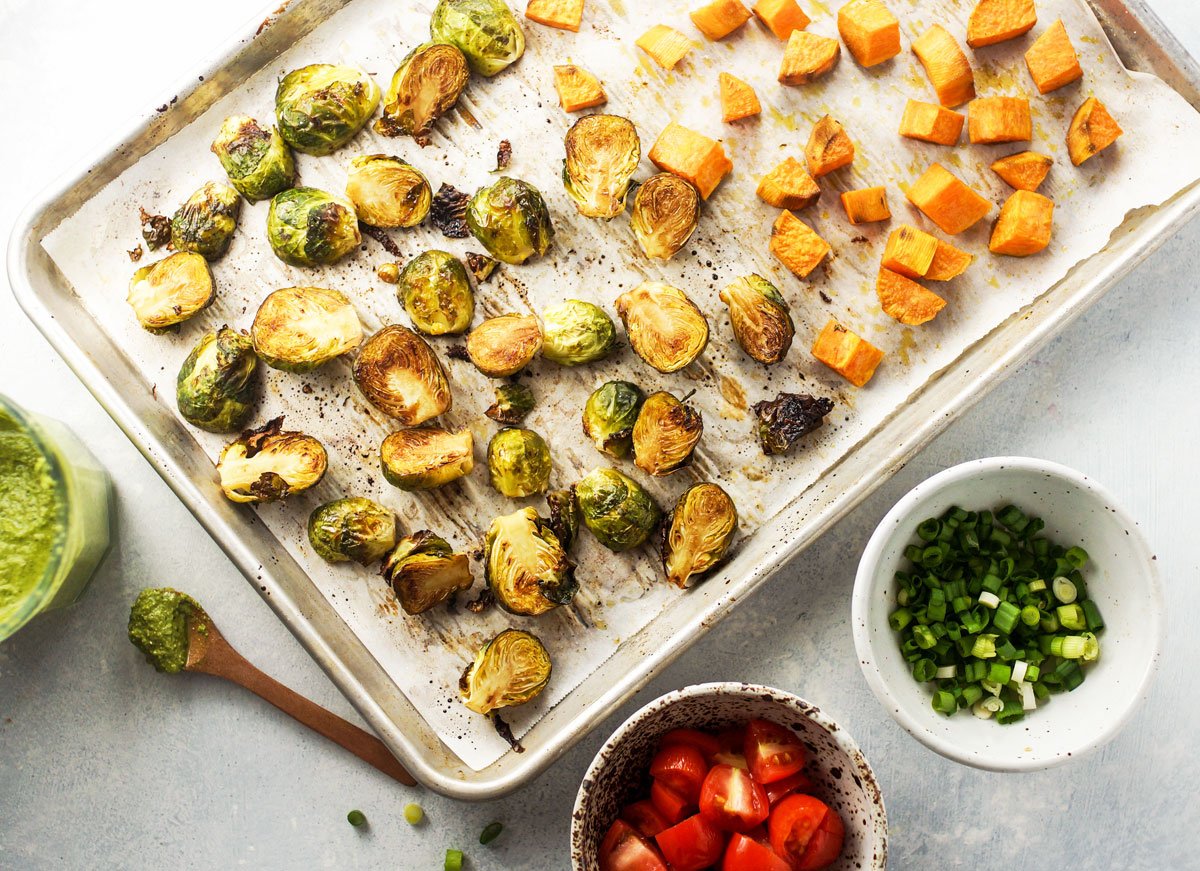 It makes sense, because eating similar things over and over again is habit-building. You don’t have to think about making healthier choices if you practice them often enough, because they simply become second-nature. That’s when healthy eating truly becomes easy.

I share this in the hopes that it will help any of you who might be struggling to develop healthier habits at the moment. I also hope it will take some of the pressure off, knowing that you don’t have to whip up creative meals or eat a huge variety of foods every single day. Instead, focus on a few of your favorite healthy meal ideas and explore new ones only when you feel moved to. This is my go-to strategy, particularly during weeks like this one when I’m feeling crunched for time or uninspired in the kitchen.

Here’s a peek at what I’ve been eating this week: 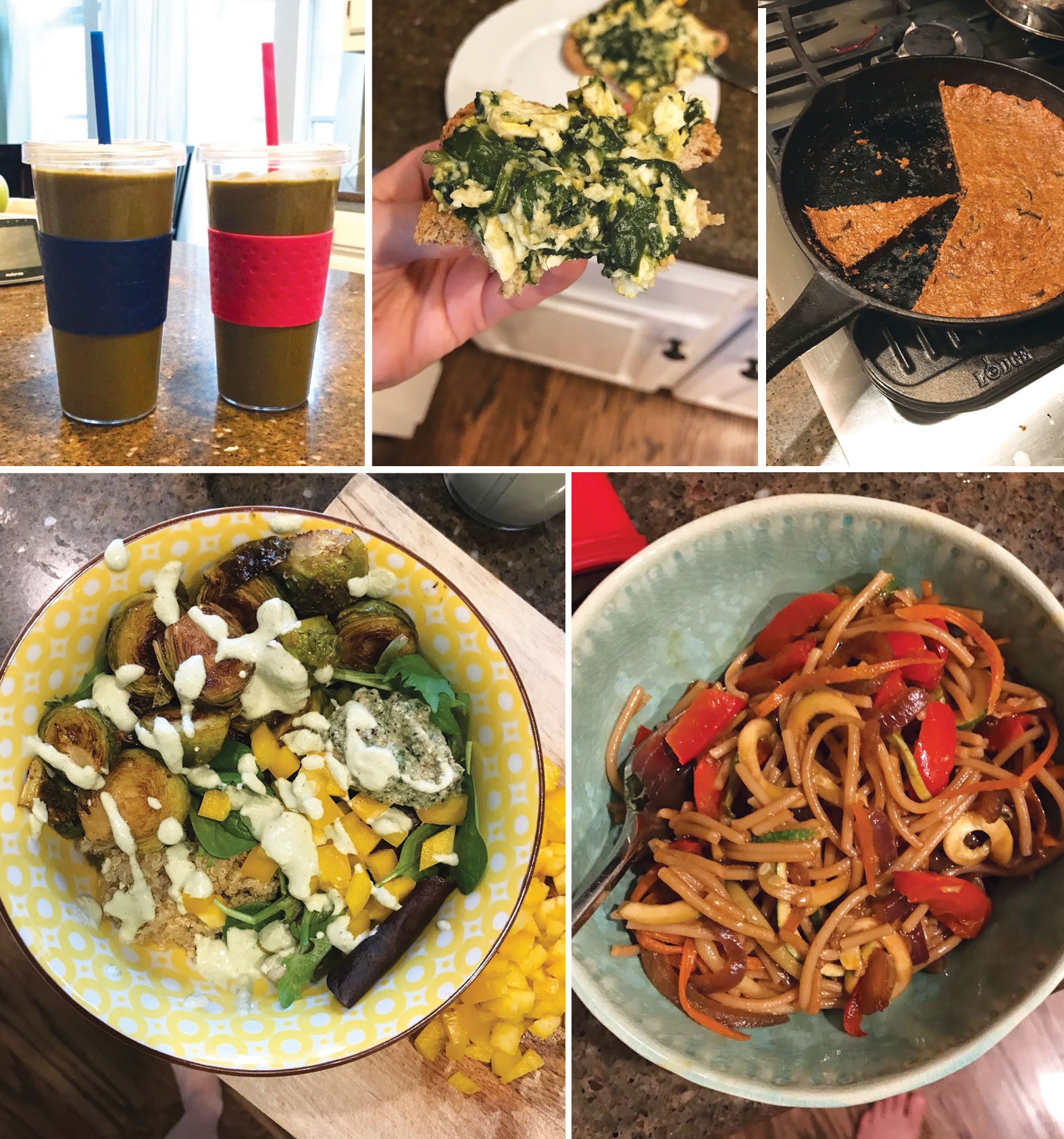 Morning: I almost always start our Mondays with my Chocolate Superfood Shake (from my first preorder bonus), because Mondays call for chocolate. Sometimes Tuesdays do, too.

Early Afternoon: If I wasn’t breastfeeding, that shake would probably keep me full until lunch, but these days I need to eat an “early” lunch around 11am, and then a “late” lunch later in the afternoon to accommodate my appetite. I wasn’t inspired to eat anything in particular (which is a true sign of hunger, FYI– real hunger isn’t specific! Cravings are a different story) so I made something I knew I could eat fast and one-handed while holding a baby– eggs and toast. I scrambled two eggs with some leftover “creamed” spinach that I had made over the weekend, and then served it on top of two slices of sprouted Ezekiel toast.

Late Afternoon: For my second lunch, I had a Roasted Vegetable Quinoa Bowl— which at the moment is my favorite lunch ever. It’s like a salad, but heartier and more comforting. I made everything ahead on Monday so it would be easy to throw together for quick lunches! (Making quinoa in my Instant Pot each week is such a time saver!)

Dinner: The Rainbow Lo Mein is one of my new go-to meals from my new cookbook. My husband and son would eat it every day if they could! You can try it for yourself early if you have the new preorder bonus— I included this recipe as one of the “sneak peeks” from the new book. One a side note, there are less than TWO WEEKS left for you to claim that extra bonus— so don’t miss out on those free workouts, recipes, discounts, and meal plans!

Treat: I made the Deep Dish Chocolate Chip Cookie (it’s vegan & paleo) from No Excuses Detox on Monday, and we’ve already made such a huge dent in it this week! Clearly, it’s hard to resist.

filed in: tips · what i ate
6 Things To Know Before Using Henna Hair Dye
How to Get Rid of Hiccups (Works EVERY time!)
How I Stopped Binge Eating
Budget-Friendly Items That I Buy On Amazon