One of the biggest misconceptions in our society is the idea that consuming dietary fat makes you fat. I think many fear that the dietary fat they consume is going to jump directly from their mouths to their hips!

Luckily, that’s not how the body works. 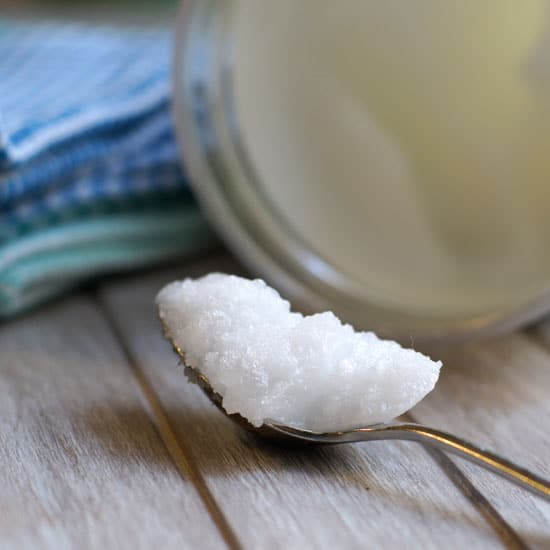 And do you know are the ducks and geese fattened up?

They are force-fed starchy carbohydrates! (Often, in the form of corn.)

In the body, sugar is turned into triglycerides (the fat in fatty liver), which can fill up the cells in our body, as well as damage our mitochondria–> the body’s energy factories responsible for burning fat and calories! This is what leads to a slower metabolism and weight gain.

The exact opposite occurred in the 1940s, when farmers attempted to “fatten up” their cows by feeding them dietary fat (in the form of coconut oil). To their dismay, the cows actually became leaner! Eventually, they found that a diet of soy beans and corn– which converts to sugar in the body– suppressed the thyroid and caused the animals to fatten up without even eating as much food. [source]

It seems that avoiding fat has actually caused our society more harm than good–> leading to a demand for “low fat” and “fat free” processed foods, and rising obesity rates. Fat is the macronutrient that keeps us full and satisfied, and is key to brain health! In it’s absence, we tend to reach for more sweet and starchy foods. Sugar, as we all know by now, leads to insulin spikes and cravings!

The following graphic is especially helpful in understanding WHY fat doesn’t make you fat:

To be clear, we are talking about healthy fats–> including those found naturally in avocados, nuts and coconut oil.

Processed, refined and cooked fats can still be damaging to the body, so it’s still best to avoid them. If you choose to eat fat from animal products, it’s especially important that they are well-sourced, as any toxins that the animal was exposed to will be stored in their body fat. (You don’t want to eat the toxins that their bodies were trying to protect them from.)

If you do plan on cooking with fat, coconut oil and organic butter are the safest choices, as they don’t mutate when heated, like other oils do.

So, the next time you have a hankering for avocado pudding or raw fudge, you can indulge worry-free–> knowing that these healthy fats won’t make you fat!

Reader Feedback: Have you been leery of consuming dietary fat? I remember eating some pretty awful “low fat” cookies as a child… and needing to eat many of them to compensate for their lack of flavor!

A good thing to keep in mind… 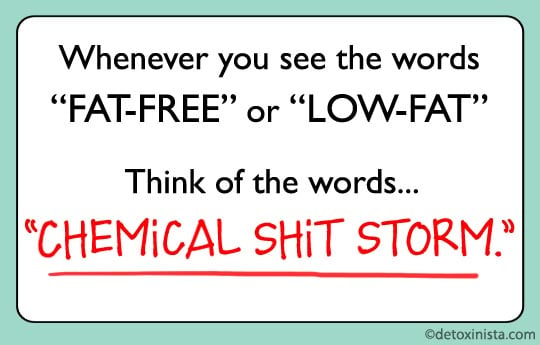 Now, I avoid anything marked “low-fat.” Unless it’s naturally low-fat, like a piece of fruit, it’s probably been processed with all sorts of stuff to make up for the missing macro-nutrient! Yuck! 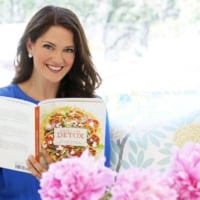