Today I walked into my office with the following. 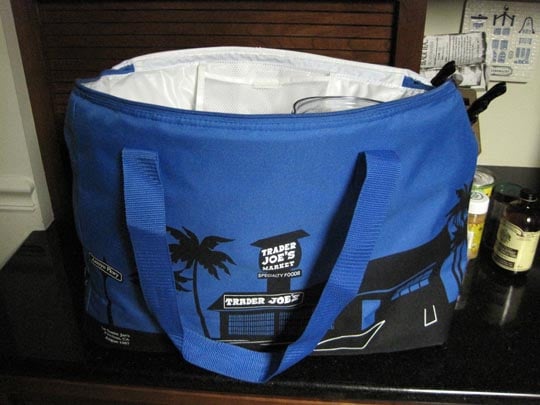 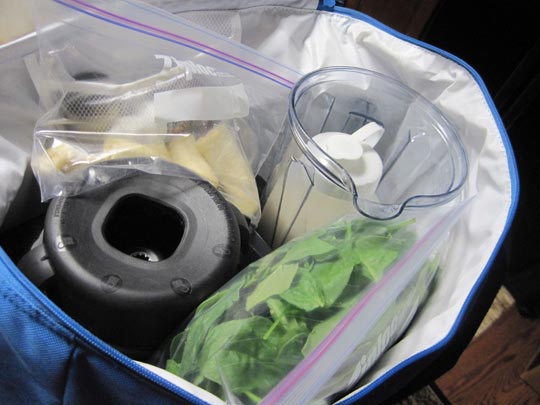 Included was a Vita-Mix, a half-gallon bag of spinach, 12 oz. of almond milk, 2 frozen bananas, the juice of a lemon (with a splash of vanilla included, so I didn’t have to bring the bottle), a few frozen cherries, cinnamon, and a bottle of NuNaturals Stevia.

I was one of the first people in the office this morning, so I immediately got to work! One of my co-workers watched me throw the smoothie together, and she was fascinated by the pretty green color. She was also impressed by the Vita-Mix tamper— it’s my favorite part of my blender, for sure! I used everything I brought, as well as 2 big handfuls of ice–> I like my smoothies to be almost slushie-like. After a quick taste-test, I decided I should probably make the smoothie a little sweeter than I’m used to for the newbies, so I added 6 drops of liquid stevia. Upon tasting it again, it was perfect.

I passed the smoothie out in little taster cups, so that no one would feel bad about tossing it if they didn’t like it! 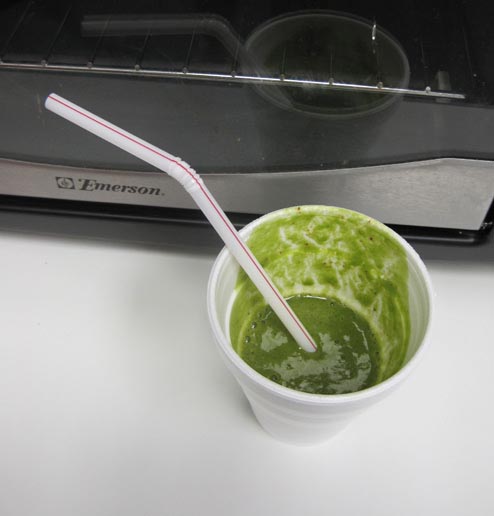 Fortunately, EVERYONE who tried it liked it!

Having everyone enjoy the smoothie was a big relief. The only comment I got was that they’d like a lid for their cups so they didn’t have to see the weird green color! Ha ha. I had contemplated bringing blueberries, to cover up the green color, but then I figured, I might as well go all out and let them see what they’re drinking. My boss even told me that he hates spinach, and he couldn’t tell it was in there!

Before long, the whole pitcher was devoured. 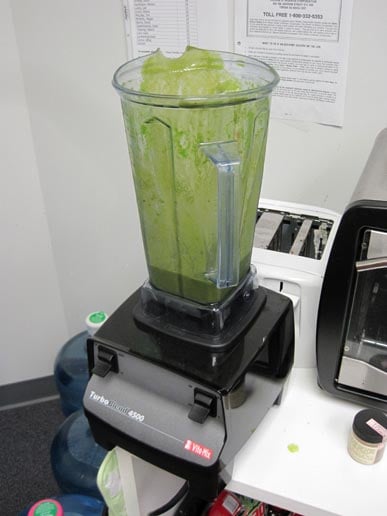 In fact, my boss even came into my office later, wondering if there was any leftovers!

I feel really lucky that I have open-minded co-workers. Surprising, too, since most of them are men– Midwestern, meat-loving men at that!

Just goes to show, you never know what you’re going to like. Even if it is a scary color.