Mine has been ROCKIN!!! Literally. 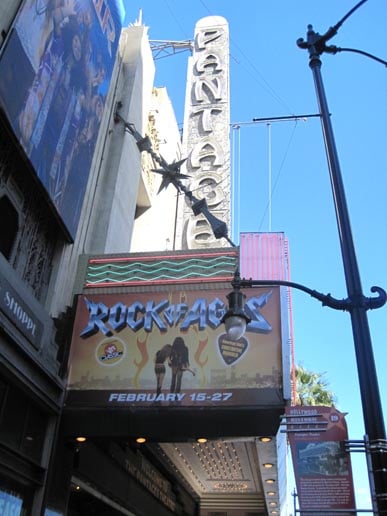 Austin and I went to see Rock of Ages yesterday! This was our first time seeing a show at the Pantages Theater, and it was amazing!

And this show was EXTRA-SPECIAL…

…because my cousin, Patrick, was starring in it as Lonny, the Narrator!!

Check out this blurb from a recent Broadway review:

Patrick Lewallen, as Lonny, is clearly the audience favorite, spouting out playfully bawdy bon mots and over-the-top antics, effectively stealing the show with every appearance on stage. His direct, shameless interaction with the audience makes us love him more. [source]

Austin and I had a blast during the show– it’s filled with laughs and plenty of rock music! What’s not to like?

After the show, we got to watch Patrick sign autographs at the stage door, just like a celebrity! 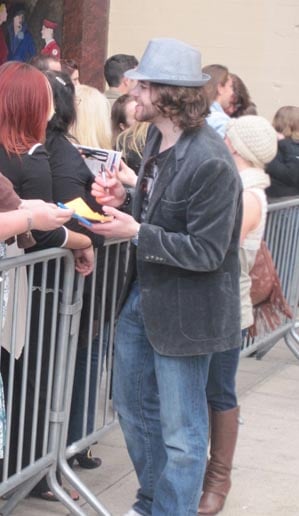 (the guard at the gate was really nice, and let me behind the fence with the cast— so I could be Patrick’s personal paparazzi!) 😉

We got our own picture with him, too: 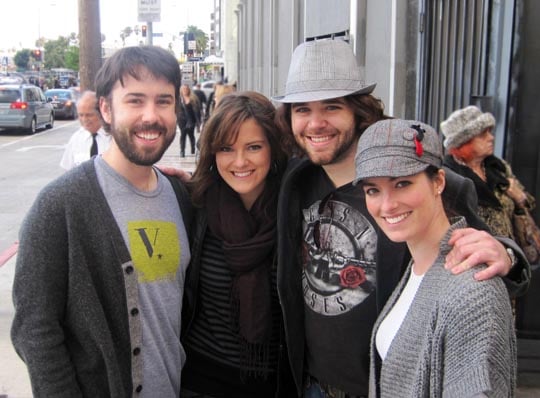 We all grabbed dinner at Umami Burger after the show– the best burgers in LA! The boys rolled with the “Manly Burgers” (naturally), while Stephanie and I both ordered the Hatch Burger— which was covered in green chiles and cheese! I figure, if I’m going to be vegan for the next 40 days, I might as well go out with a bang. LOL 😉

I’m bummed that I was out of town practically the WHOLE time my cousin was in LA (go figure), but he’s so freakin’ talented, I have a feeling he’ll be back in LA in no time. 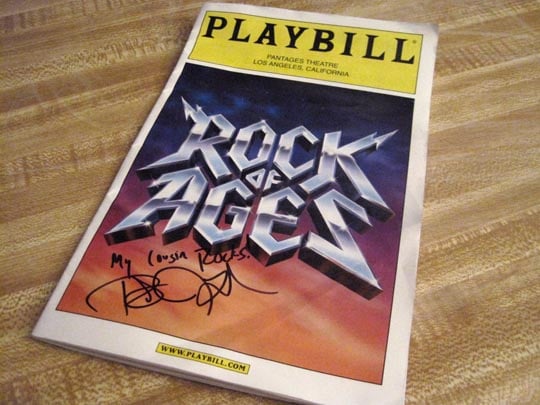 Rock of Ages is touring nation-wide, so if it’s in your town, I highly recommend seeing it!!

Alright, I’m off to bake some Oscar-themed cookies. Austin and I have BIG plans for decorating them!! I’ll be sure to share tomorrow. 😉

I’m excited for the red carpet!!!!