If you haven’t noticed, I’m pretty crazy about coconut oil. Not only is this versatile oil amazing for cooking and baking, it also makes an effective cleanser, moisturizer and diaper rash cream!

I typically can’t taste a difference among the various brands of coconut oil I’ve tried, but that isn’t the case with this new brand: Skinny Coconut Oil. 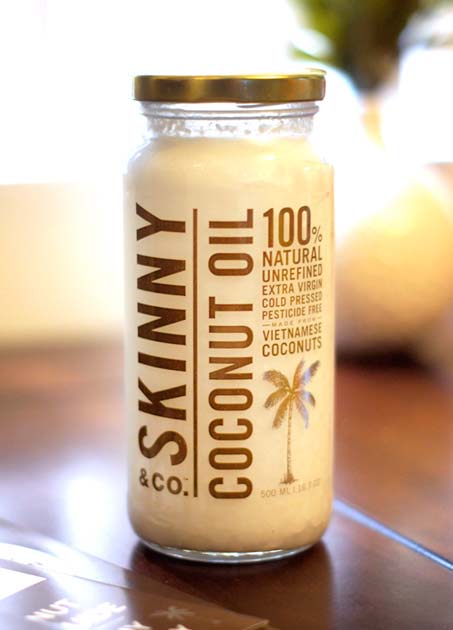 Skinny Coconut Oil is a small, family-run company that uses a unique process to extract 100% raw coconut meat from Vietnamese coconuts, never heating the oil above 75˚F. This cold-press process ensures the integrity of the medium-chain fatty acids and lauric acid that are attributed to boosting your metabolism! The proof is in the taste– it has a brighter, almost floral-like, coconut taste when compared to other coconut oils on the market.

Skinny Coconut Oil is 100% pure, all natural and the only coconut oil approved by dentists for oral medicinal use. Benefits associated with coconut oil include:

It also happens to taste great! Since coconut oil is solid at room temperature, it makes an excellent addition to raw desserts, like my raw chocolate cheesecake and almond butter fudge, and works well as a vegan substitute for butter in most recipes.

**THIS GIVEAWAY IS NOW CLOSED**

‘Tis the season for giving, so the folks at Skinny Coconut Oil are offering to send TWO of my readers a free jar of their delicious, cold-pressed coconut oil!

This contest is open to US residents only through Sunday, December 8th at 11:59pm PST.

**Congratulations, Christina & Mae! I have sent you both an email with further instructions.

The statements above have not been evaluated by the FDA, and this product is not intended to diagnose, treat or prevent any disease.

Disclosure: Skinny Coconut Oil sent me a complimentary jar of coconut oil, but I am under no obligation to post a positive review or host this giveaway. As always, I will never feature a product on this website that I wouldn’t be happy to use in my own home! 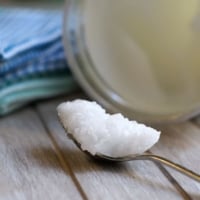 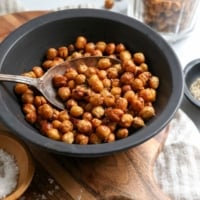