1. Did you know that you can tell a lot by the number found on produce stickers? 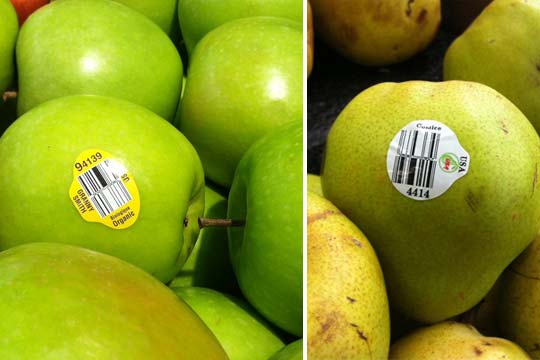 This little trick has saved me tons of time at the grocery store, especially when the produce section isn’t always clearly organized. Simply looking for a “9” at the beginning of the produce stickers makes finding organic produce a breeze! I haven’t noticed many produce labels starting with the number “8,” but now I know to steer clear of those, too!

2. Another interesting difference at the grocery store? Pasture-raised eggs vs. Cage-free eggs. 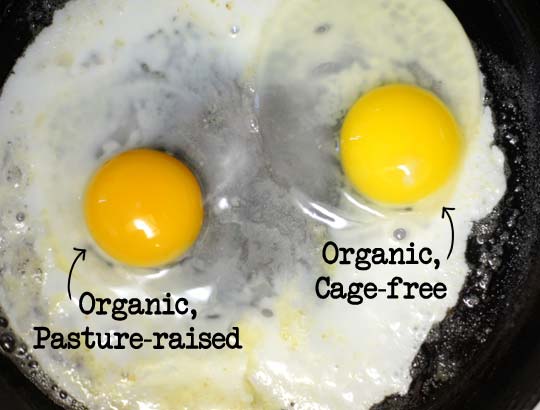 Since learning about the benefits of pasture-raised eggs, I’ve made an effort to buy them whenever they’re available. Unfortunately, the pasture-raised eggs are often sold out! For one of my meals last week, I cooked my last pasture-raised egg along side a cage-free egg (both organic), and I was surprised to see such a difference in the color of the yolks! See how the pasture-raised yolk is a darker, orange color? The darker the yolk, the more nutritious the egg is assumed to be, because it’s a sign of a more varied diet and nutrient consumption.

It’s actually kind of nice to see the comparison, considering that the pasture-raised eggs are more expensive. If they looked the same, I’d feel ripped off!

3. I’ve made another upgrade in my kitchen, switching to wooden cooking utensils! 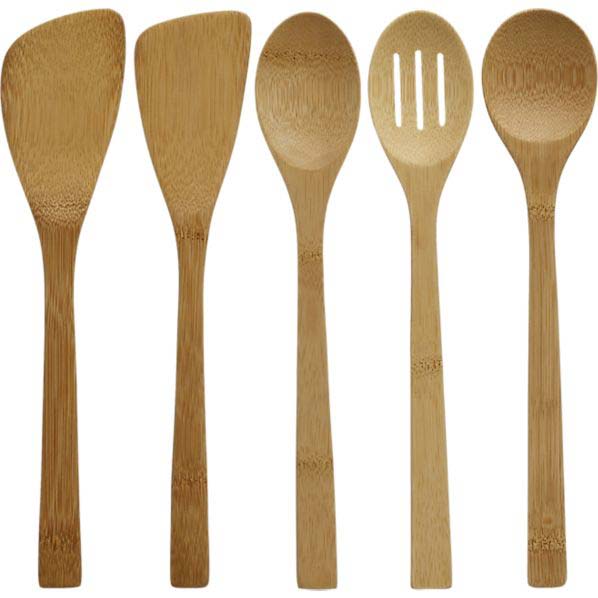 I had been cooking with traditional silicone spatulas, but lately I felt like I could “taste” the silicone leaching into my cooked food! I immediately made the switch to these organic bamboo utensils (from Crate & Barrel), fearing that they wouldn’t work as well as my flexible spatulas, but I have been pleasantly surprised!

No unpleasant tastes have leached into my food, and they don’t scratch my pans! Win, win.

4. I’ve also added another kitchen gadget to my counter top. 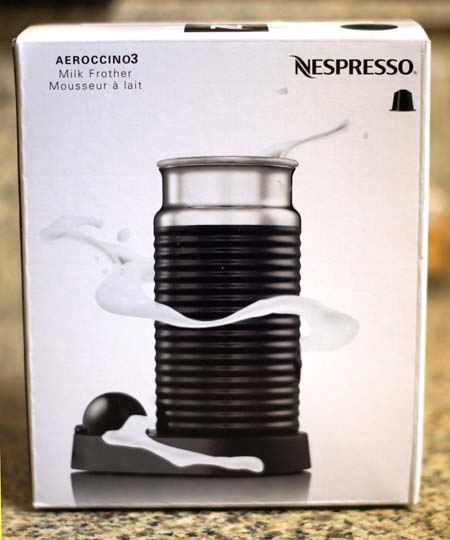 This Nespresso Milk Frother was a Christmas gift, and I am amazed at how much I love it. I had always used my Vitamix to blend up a “foam” for my almond milk drinks, and I thought that was good enough, but after using this little gadget, I will never go back! It makes AMAZING, thick foam simply using homemade almond milk! It’s truly impressive. I’ve been enjoying a warm cup of frothed almond milk as dessert each night, and it’s so comforting!

Plus, if you mix a bit of cocoa powder and maple syrup into the almond milk, it makes the perfect, frothy hot chocolate– in just about one minute! My evenings are so much better, thanks to this machine.

5. I wish you all could see how many recipe attempts don’t make it onto this blog. 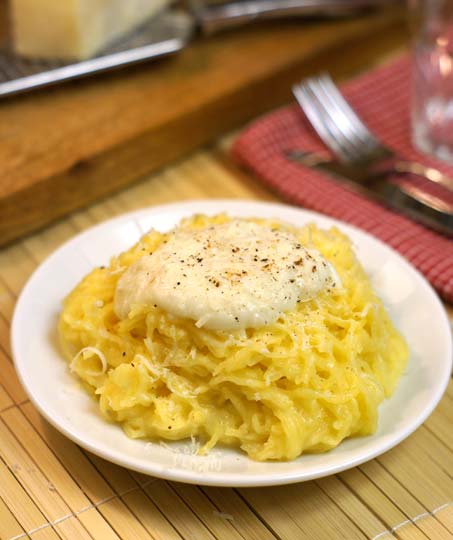 This was my second attempt at making a creamy cauliflower “Alfredo” sauce, but it’s just not good enough to share yet. It tastes too much like… cauliflower.

I guess there are more Alfredo experiments in my future!

Reader Feedback: What are you up to this week? Anything new you’ve tried lately?