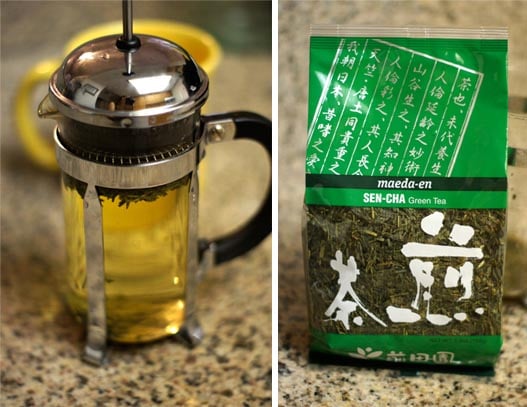 For Lent, I’ve been trying to challenge my morning coffee habit–> making green tea my new best friend. I love the ritual of drinking something warm in the morning, and preparing a pot of Sencha green tea in my Bodum french press has become something I look forward to each morning.

Except on Sundays, when I do still savor a rich, cup of coffee.

(Learning that Sundays don’t count in Lent was some of the best news I’ve ever heard.)

2. I discovered a new-to-me brand of goat’s milk yogurt available at Whole Foods.

This is the first brand I’ve seen in a grocery store that doesn’t have ANY starches or fillers! Most plain yogurts on the market include some sort of starch or filler that act as a thickeners, adding to the overall sugar content.

A good rule of thumb is to only consume dairy with less than 8g of sugar per 8 oz. serving.

(Those 4g of sugar are from naturally occurring lactose.)

Anything higher than 8g of sugar probably means that there’s some sort of sweetener added. I much prefer to add my own sweetener, and lately, just a splash of vanilla and a sprinkle of cinnamon does the trick.

3. Though I didn’t have much luck with my first FitBit, I’m hooked on their new “ultra” model. 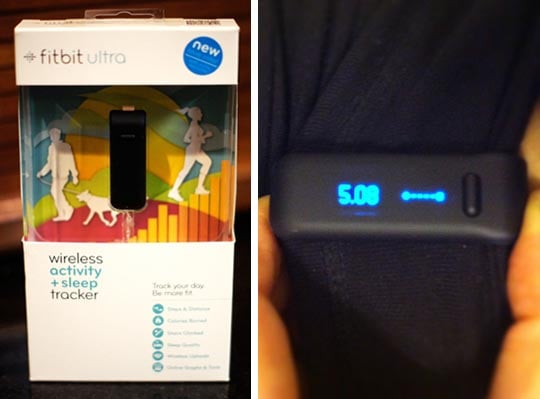 If you’re unfamiliar with the FitBit, it’s a tiny tracker that you wear on your waist all day to track your movement–> by steps, distance, calories, and the new model even tracks how many vertical steps you take! (Perfect for monitoring my weekend hikes!) I don’t really care about the calorie-tracking aspect, but I find it useful to know how much I’ve been moving each day… or lack thereof.

With all the extra design jobs I’ve been taking on lately, I’ve had very little time for deliberate exercise. Wearing the FitBit motivates me to at least take a 10-minute break to walk on my treadmill, or jump on my rebounder, every now and then! 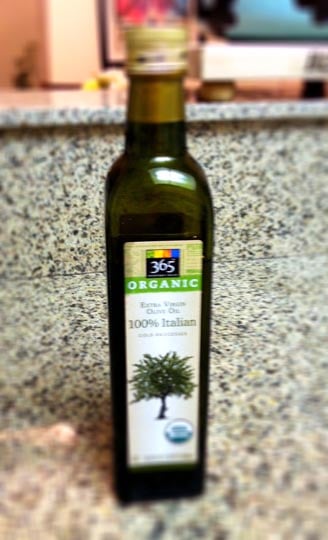 In fact, I don’t recommend cooking with it at all. (Olive oil is damaged by heat– stick to cooking with coconut oil or butter, instead!)

However, thanks to a tip from my sister-in-law, I do recommend using it as a cleanser and/or moisturizer! This stuff is way cheaper than buying those fancy, all-natural moisturizers and cleansers, and seems to be just as effective!

Worried about applying oil to your skin? Here’s a reason not to be:

“Oil dissolves oil. One of the most basic principals of chemistry is that “like dissolves like.” The best way to dissolve a non-polar solvent like sebum/oil, is by using another non-polar solvent similar in composition: other oils. By using the right oils, you can cleanse your pores of dirt and bacteria naturally, gently and effectively, while replacing the dirty oil with beneficial ones extracted from natural botanicals, vegetables and fruit that heal, protect and nourish your skin. When done properly and consistently, the OCM can clear the skin from issues like oily skin, dry skin, sensitive skin, blackheads, whiteheads and other problems caused by mild to moderate acne–while leaving your skin healthy, balanced and properly moisturized.” [source]

You can find more detailed instructions for the Oil-Cleansing Method here.

5. Between the two of us, Austin and I seem to shed a LOT of hair off our heads.  And it’s starting to slow down our shower drain! 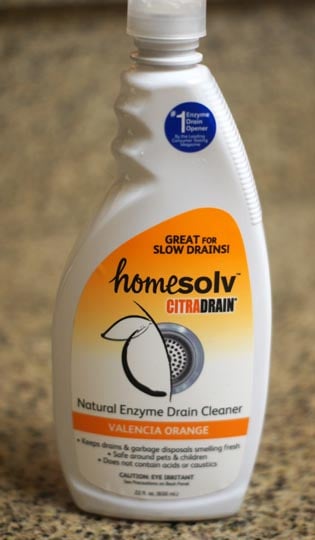 Determined not to use Draino, or a similar toxic cleanser, I decided to pick up a bottle of this HomeSolv natural enzyme drain cleaner. While it smells amazing, it doesn’t seem to be as effective as I was hoping it would be… or maybe I just need to try a couple more rounds.

Any other natural drain-cleaning ideas? My mother has suggested using a mix of baking soda and vinegar, followed by a rinse of boiling water, so I’m giving that a shot next!

Let me know if you have any other useful household tips!