What I Ate » What I Ate: Make Ahead Meals
What I Ate

I’ve been on a make-ahead kick lately, and this week I’ve been reaping the benefits. Whenever I’m hungry, I simply reach into the fridge and find something that’s already made for me. Talk about fast food! 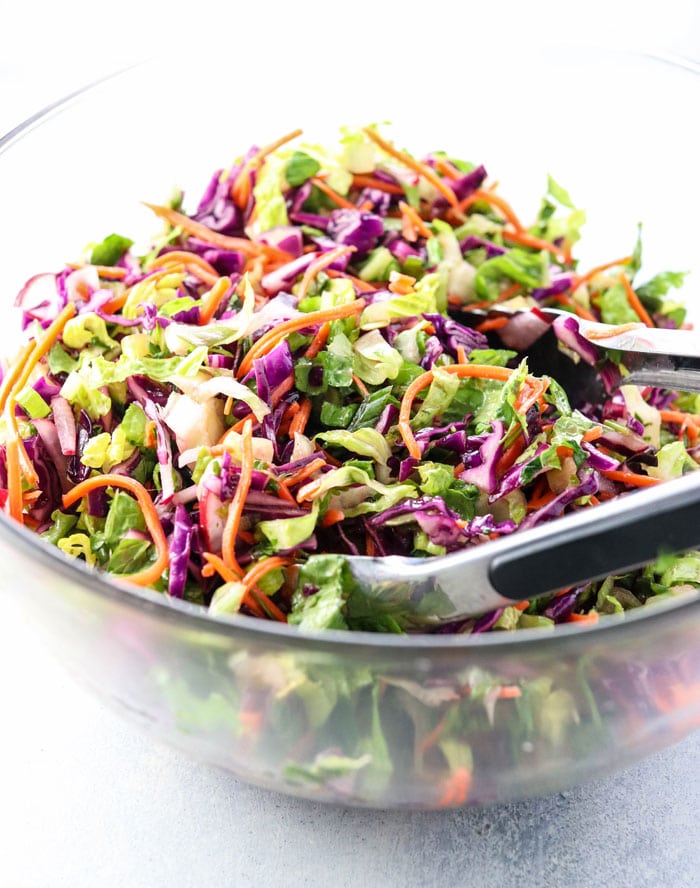 I’ve been experimenting with a lot of vegan salads and entrees that can be stored in the fridge for a week straight, as well as smoothies that can be dumped into the blender in the morning so that you don’t have to spend valuable minutes measuring anything during rushed mornings. The results have been really delicious so far, and I’ve been learning a lot about what can hold-up to quite a bit of storage (cabbage) and what can’t (romaine… blah!). As a result, I’ve been eating REALLY well.

I don’t know about you, but when I’m hungry I’ll reach for whatever is easiest. Often times in our house, cookies are the easiest option because we always keep a stash in our freezer. But, thanks to my make-ahead meals, I’ve actually been reaching for salads, veggies & dip, and some tasty date balls for most of the week instead. (I’ll still have a cookie every now and then, too.)

My goal is to put together an easy guide with all of my favorite make-ahead meal experiments so that you can enjoy them, too! Until then, here’s a peek below at the make-ahead meals I’ve been enjoying. 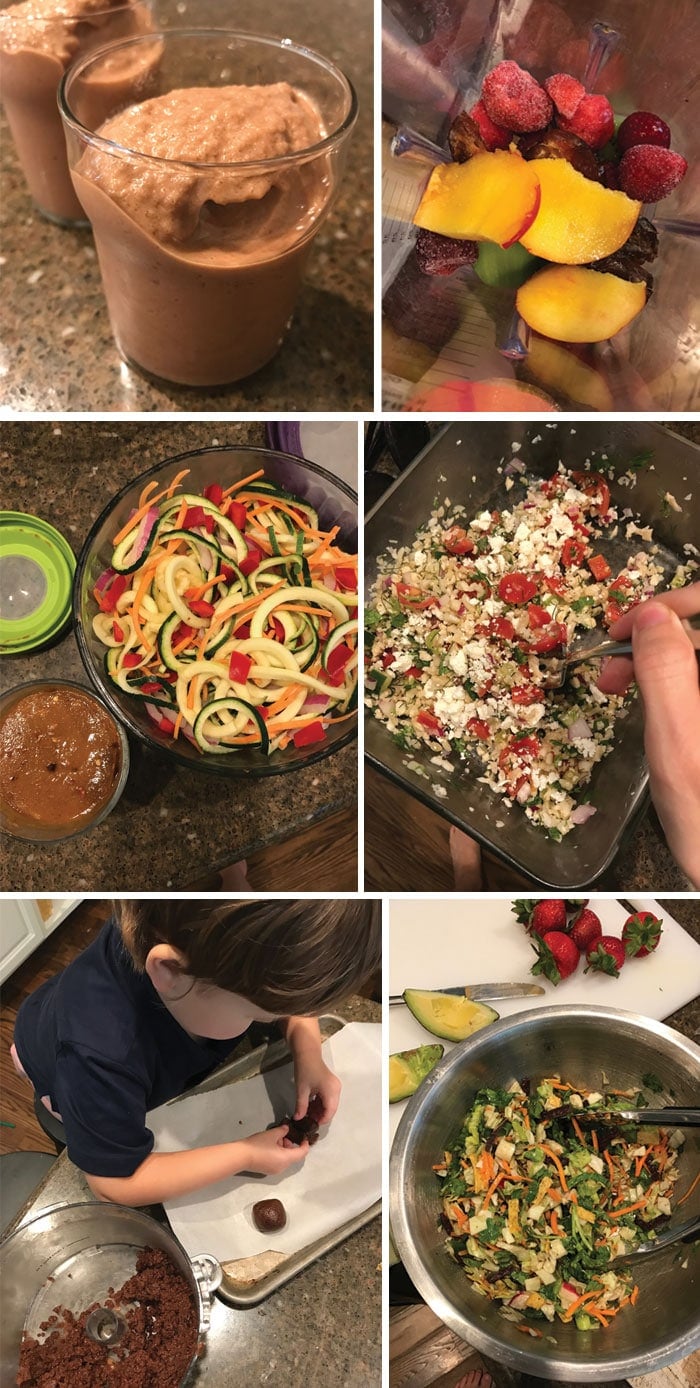 Morning: I’ve been using our mornings to test smoothie combinations, so I’ve been having two smoothies each day, but they’ve been a little smaller than usual. (I usually drink 20-ounce smoothies for breakfast.) Whatever we don’t drink with my smoothie experiments, gets turned into popsicles for my kids! It’s a win-win.

Early Afternoon: I typically have to eat two lunches to keep up with my appetite, so my first lunch was a zucchini noodle bowl that I had actually prepared last week. All the chopped veggies held up great in the fridge! I sautéed them with a Pad Thai-style sauce (recipe from Everyday Detox) and it was a totally fast and comforting lunch.

Late Afternoon: When I felt hungry again, I reached for one of my make-ahead salads. I made this cauliflower rice-based 4 days ago, and it’s still holding up great! I was worried about the flavors becoming muted, but I actually think certain salads get better the longer they marinate in the fridge. This is definitely one of them. I decided to add some sheep’s feta on top this time, but I’ve also eaten it tossed with white beans for a vegan version.

Snack: My son and I made some new chocolate date balls as a healthy snack after work. He loves mashing them into “cookie” shapes as if they are cookie dough. By the time we’re done rolling the balls, we usually have eaten a good chunk of the batter, too.

Dinner: I’ve been on a mission to create a copycat version of the salad dressing that comes on Trader Joe’s packaged Southwest Salad. It tastes so good! (It kinda reminds me of a hot sauce that Taco Bell would serve… which sounds weird, but trust me it’s good.) So, we shared a bag of that for dinner last night, tossed with the dressing, but we omit their cheese and add sliced avocado instead. (And I add chicken to Austin’s portion.)

Dessert: I made another batch of gluten-free oatmeal chocolate chip cookies, this time made with peanut butter, and I ate one while it was still warm from the oven. Still testing this recipe, because some versions are a little too dry, but I’ll share it once I figure out its quirks.

Reader Feedback: What are YOU eating this week? Any make-ahead meals you want to share?