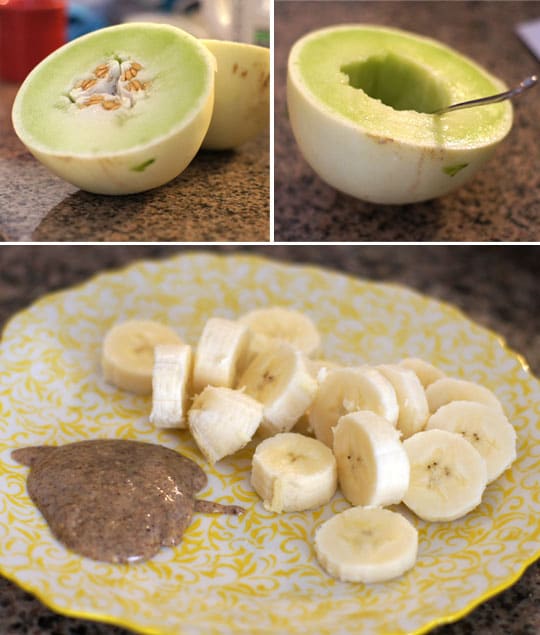 Now that it’s warmer outside, I’ve been craving fruit like crazy. Fruit is the ultimate “fast food,” so it makes the perfect breakfast for busy mornings. Lately, I’ve just been slicing a melon in half and digging in with a spoon! Half of a honeydew melon held me over for a while, but when I got hungry again I enjoyed a sliced banana with raw almond butter. 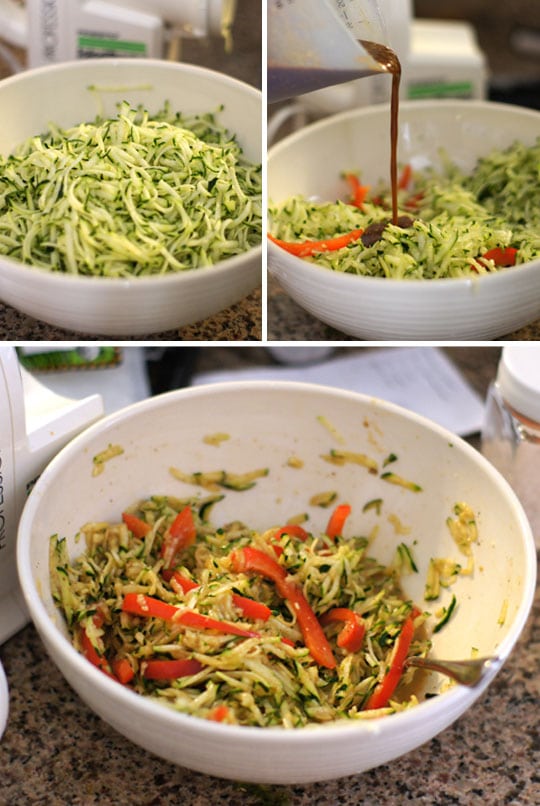 I had about a pound of zucchini in my fridge that needed to be used up ASAP, so I whipped up a spicy Asian “peanut” sauce (using almond butter) and enjoyed it over the shredded zucchini, along with sliced red bell pepper. It was tasty, but watery– zucchini noodles release a lot of water, even after I had salted them to let the sweat and had drained the excess liquid. Oh, well. I might try using the extra sauce over a salad next time, to see if that works better. 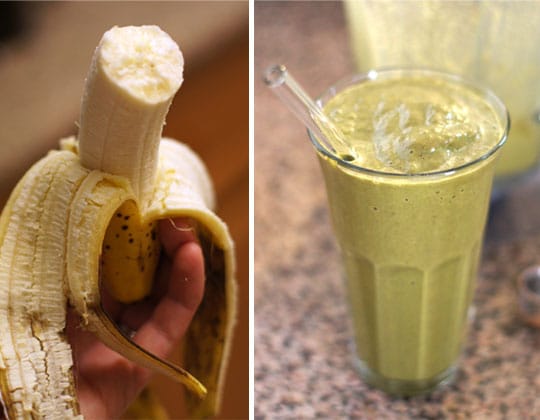 Soon after that zucchini bowl, I shared a ripe banana with the little guy (he took three teeny-tiny bites on his own!), and a little later I had a big chocolate-banana green smoothie, made with a frozen banana, almond butter, cocoa powder, water, fresh spinach, ground cinnamon, and vanilla. 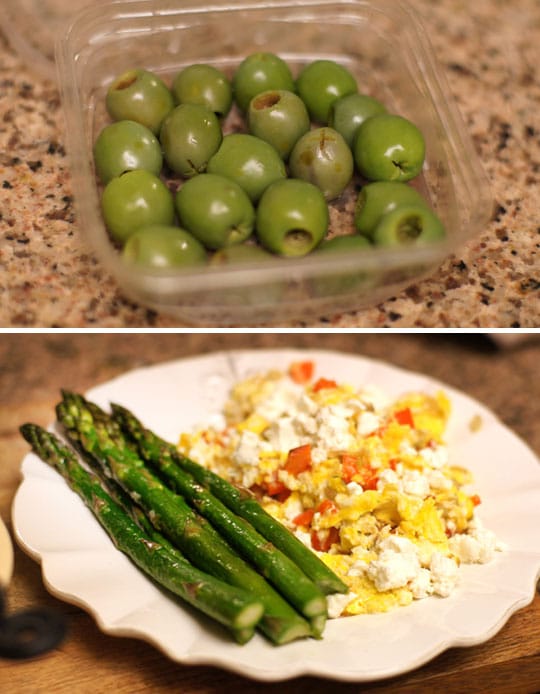 While I was preparing dinner, I snacked on a handful of Castelvetrano olives (and a few un-pictured slices of raw goat cheddar), and for my main course I had three pasture-raised eggs scrambled in coconut oil with onions, peppers and soft goat cheese, along with a side of oven-roasted asparagus. The asparagus turned out so well, I could barely stand to share it with Austin! I need to buy more asparagus ASAP, because it tastes amazing right now. 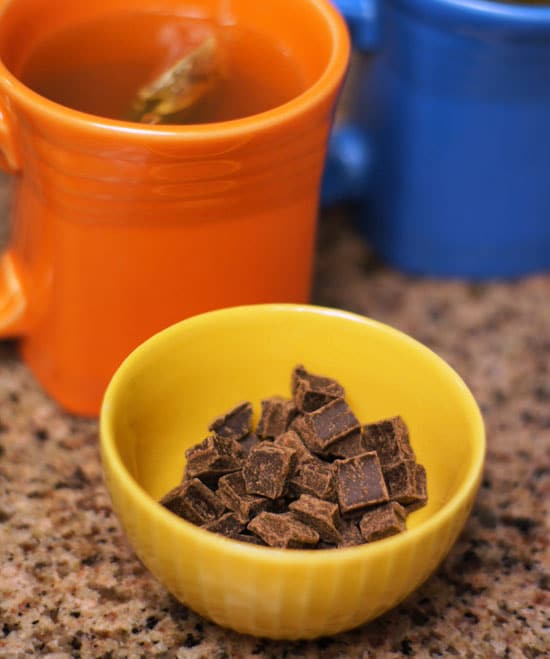 For dessert, I had a cup of decaf green tea with some 70% dark chocolate chunks. I love drinking hot liquids with my chocolate so that it melts instantly on my tongue! Such a good combo.