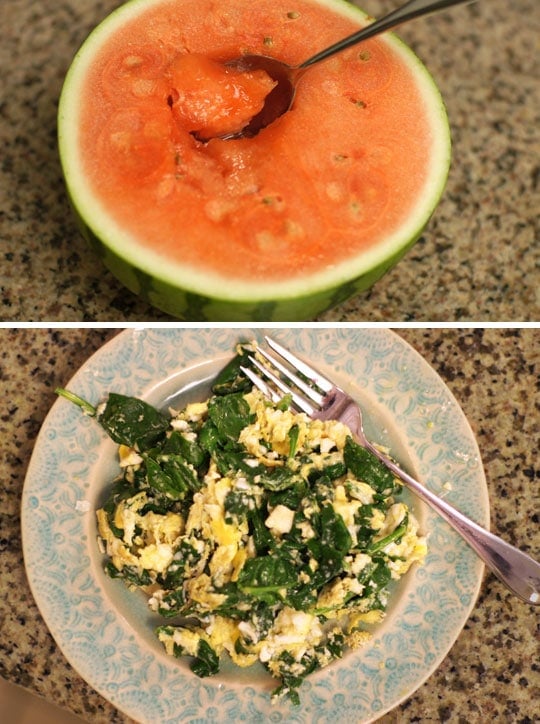 My morning started off with half of a mini watermelon, which I tried to share with the little guy, but he wasn’t having any of it. (He’s still pretty fickle with solids.) An hour or so later, I had three eggs scrambled with fresh spinach and grated Pecorino Romano. 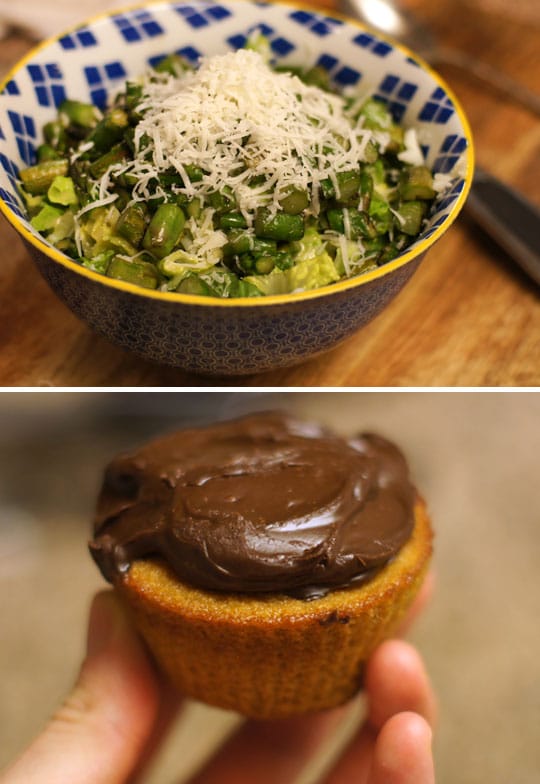 For lunch, I had one of the best salads ever. An entire head of crunchy romaine topped with sauteed asparagus, shredded raw goat cheddar and apple cider vinaigrette. (I snacked on some extra cheese slices while the asparagus was cooking, too.)

Followed by a vanilla cupcake topped with a homemade chocolate buttercream. Oh, yeah. (I made four dozen cupcakes this weekend, both chocolate and vanilla, just to make sure the recipes for the cookbook are perfect– and they are to die for!!) 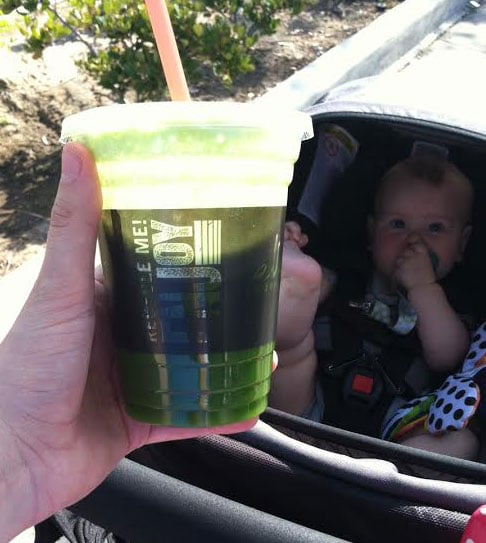 After work, I had to make a run to Whole Foods for some essentials, but I made the mistake of going there hungry– so I ended up getting an overpriced green juice as a result. This one was made with celery, cucumber, parsley, spinach, wheatgrass, and apple. 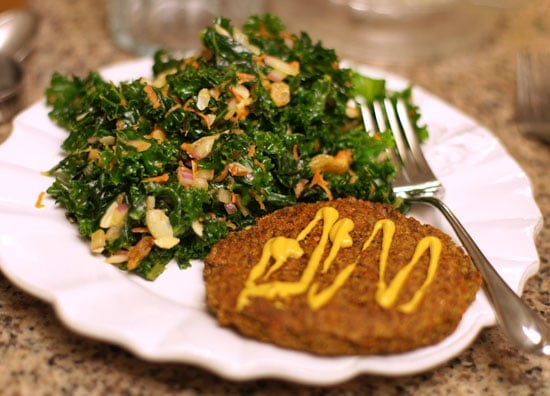 Dinner was a quick meal of leftovers– a massaged kale salad and a homemade veggie burger topped with mustard.

And for dessert, I had the usual. A cup of decaf green tea and a couple rows of dark chocolate.