All Recipes » Dietary » Vegan » What I Ate Wednesday: Elimination Diet Update
Vegan · What I Ate

I hope you all are off to a very happy New Year so far!

Things have been pretty great over here. You may recall that, after gradually eliminating possible allergens from my diet for the past few months, I finally decided to embark on Dr. Sear’s Elimination Diet for breastfeeding mothers– in the hopes that we may discover any other foods that might be affecting our little guy. We had already seen great results when I eliminated wheat and dairy from my diet, which had eradicated all of his acid reflux symptoms and vomiting, and also improved his sleep, but his diapers were still a bit questionable. Before trying Dr. Sear’s plan, I had also eliminated corn, peanuts, eggs, tree nuts, soy and chocolate with no noticeable improvement.

It should be noted that our doctor hasn’t been concerned about any of these issues, as our baby boy is physically thriving, but I couldn’t help but wonder if something else I was eating might be making him uncomfortable and causing these diaper issues. If you check out the comments on my last post, it’s obvious that all sorts of random foods can affect each baby differently! So, if nothing else, attempting this elimination diet would at least help satisfy my curiosity. Austin and I agreed that if we didn’t see any additional improvement after this super-strict plan, I’d be done with this whole elimination experiment.

And, as it turns out, we didn’t see any more notable improvements after Dr. Sear’s diet. Our little guy did end up sleeping for a few 7-hour-stretches during the experiment, which I thought might be due to a reduction in his gassiness, but he’s continued to have a few random 7-hour-streches here and there, even after re-introducing most of the foods I had previously cut out, so I think that was probably just a coincidence.

What I found the most interesting after this experiment was re-introducing wheat and dairy. After adding a moderate amount of dairy back into my diet (mostly in the form of cheese), we started seeing “seedy” diapers again. As I understand it, the “seeds” are actually undigested milk proteins, so that makes sense! I had actually worried when the seeds disappeared from his diapers a while back, because I had been told that yellow and seedy was “normal” for babies, but now I realize that the seeds disappeared right around the time I had eliminated dairy from my diet. Now it all makes sense! (Oddly enough, I’ve tried introducing both cow and goat dairy separately– and the goat cheese didn’t seem to result in a seedy diaper, while the cow cheese did. Of course, this could be also due to the fact that the few times I’ve eaten cow dairy, it tends to be included in an overall less-healthy meal… like on a slice of pizza. So, that could definitely be a factor, too!) These seedy diapers seem to make our baby a little more uncomfortable, so I’ve been cutting back on the cow dairy again and only eating goat cheese in very limited quantities. Cheese lost much of its appeal during my pregnancy, anyway, so it hasn’t been that difficult to avoid!

When I tried adding wheat back into my diet, our little guy started acting much more uncomfortable– arching his back, crying more often from what seems like gas pain, and showing signs of acid reflux again. We were basically reminded of how cranky and uncomfortable our baby used to be! So, wheat is back off the table for now, and we have a new appreciation for how mellow our baby is in comparison to his old self.

Not surprisingly, I’m thrilled to be enjoying a wide variety of foods again! Below, you’ll see what I’ve been eating this week. 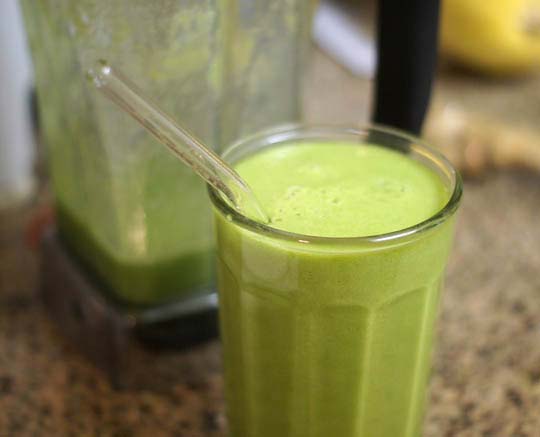 I started my day off with a very green smoothie– loaded with kale, cucumber, lemon, green apple, frozen banana and ginger. This combo made about 30-ounces, so it took me a while to polish off the entire batch. 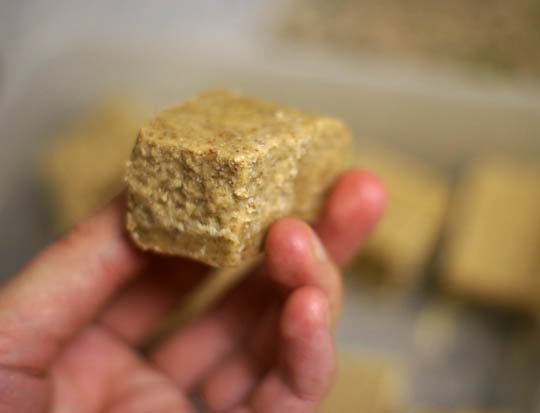 When I felt like a snack later in the morning, I enjoyed a couple pieces of almond butter freezer fudge. 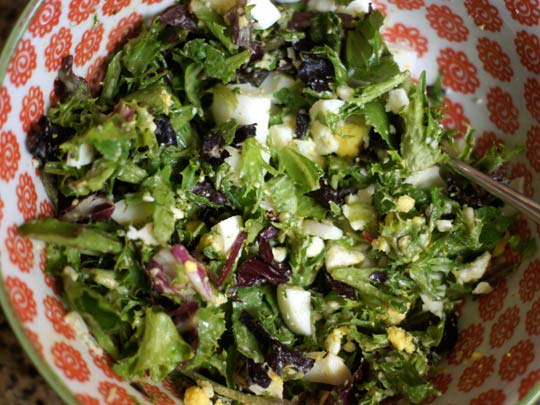 Lunch was a large mixed green salad, topped with hard-boiled eggs, raw goat feta and Honey Dijon dressing. I forgot how much I love this dressing– it makes me want to eat salads for every meal of the day! 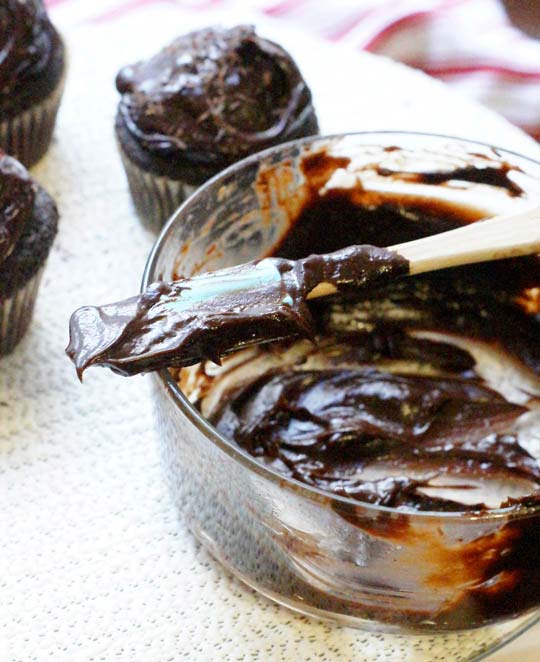 A little later, I snacked on the subject of my photo shoot– grain-free chocolate cupcakes with an amazing chocolate “buttercream!” Rest assured that I will be sharing this recipe in the future. 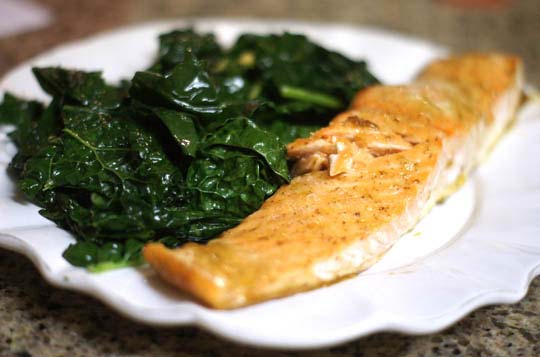 Austin had to work late, so I made something I knew he wouldn’t miss– wild-caught Alaskan salmon! He’s not the biggest fan of fish, but I actually think he would have liked this maple-glazed version that I came up with last night. I’ll have to make it again for him another time to see what he thinks! I enjoyed my salmon with a half-pound of kale, sauteed in coconut oil and garlic.