This is officially the “most pregnant” I’ve ever been. With my son, my water broke the day I hit the 37-week mark, but I had a feeling that this baby might want to cook a little longer. And I’m all for it! (Don’t quote me on that if we start going on 42 weeks, though…) For now, I know that it’s easier to care for a baby inside than on the outside, so I’m going to enjoy my sleep while I can get it. 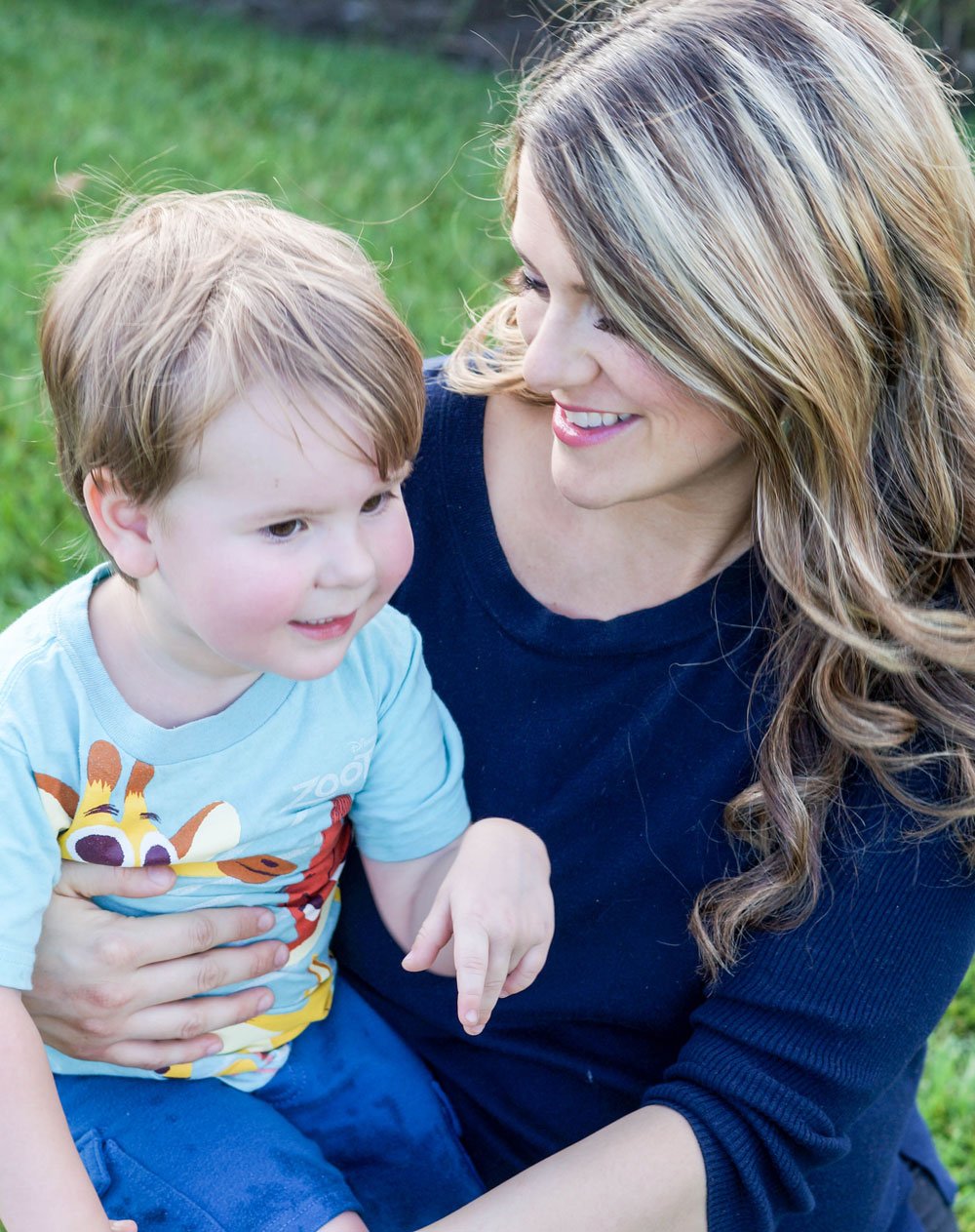 I’m also enjoying as much one-on-one time with our son as possible, because I know his world might feel turned upside down once he has a new sibling. He’s totally excited about the baby right now (and has me practice nursing his baby dolls), but I also know that he has no idea what he’s in for. Heck, Austin and I don’t know what we’re in for, either.

For now, we’re enjoying the time we have and I’m trying to be as productive as possible with the energy I’ve got left. If you’ve been following me on Instagram, you know that I have been busy editing my next cookbook (I love seeing it in print!), and I’ve also been trying to test as many new recipes as I can, because it never fails that inspiration always strikes me when I’m about to be as occupied as I’ve ever been.

So, while I sit here wondering if the full moon tonight will make me go into labor (I’ve heard that’s a thing?), I thought I’d share a quick look at what I’ve been eating lately. 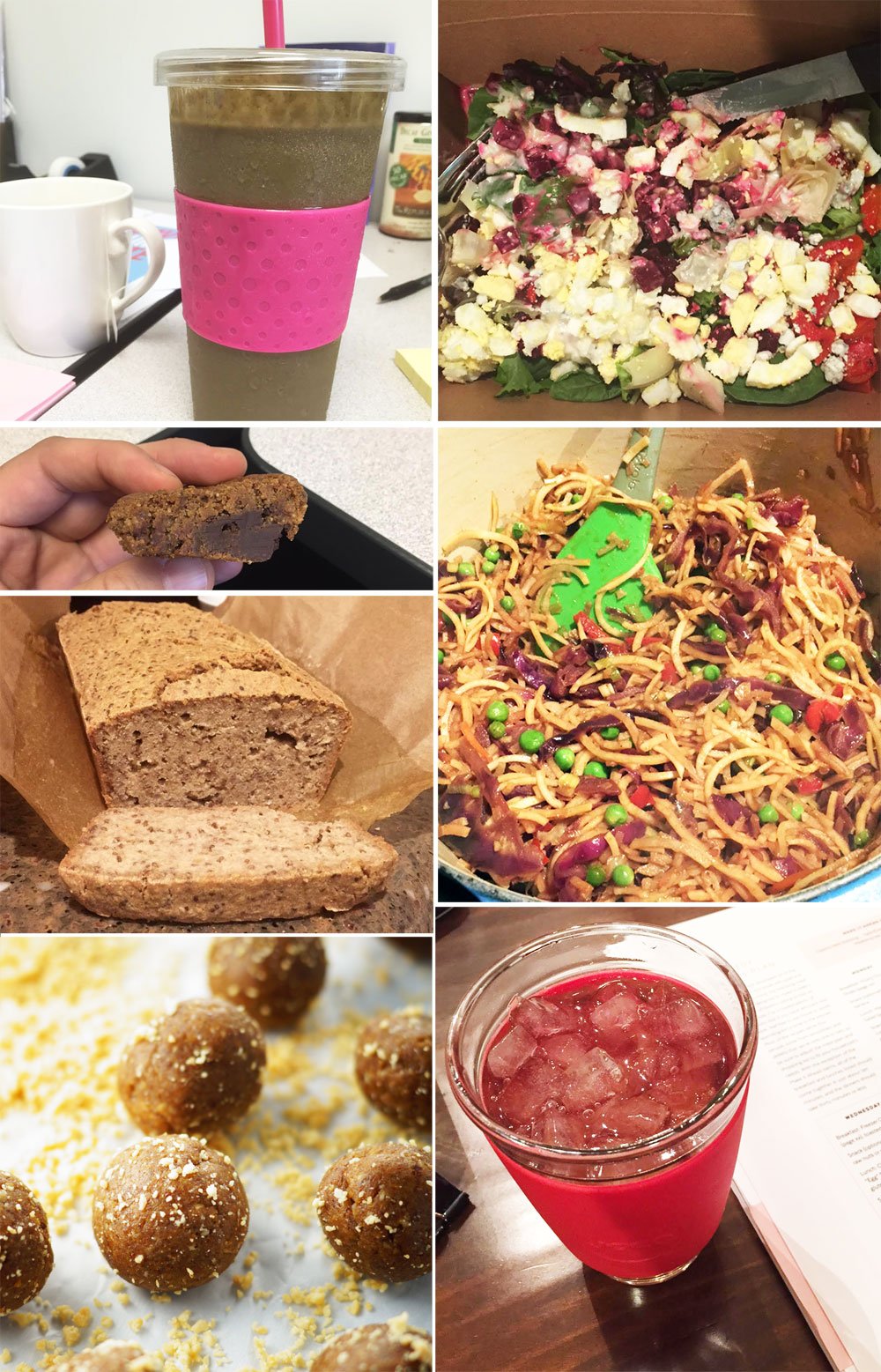 Morning: Not surprisingly, I’m still on my date-shake-kick. I find it easiest to squeeze my 6 dates a day into the morning, so I don’t have to worry about eating them for the rest of the day.

For those of you who recall that I was testing my blood sugar to make sure I don’t develop gestational diabetes, I started testing again this week to double-check that my body is still handling things well with the hormonal swings that can happen towards the end of pregnancy. I’m still right on track, so I started experimenting again to see how different types of sugar spike my blood glucose levels. I’ve been trying to test my blood sugar 1 hour after eating, in the hopes that I’ll get the best “spike” numbers, as opposed to 2 hours after eating, when my blood sugar usually goes back to its fasting level, or even lower. After eating roughly 27-30 grams of sugar (found in 6 dates), my highest spike was 109, which is still well below the 140 threshold my doctor wants me to remain under. After 2 hours, my blood sugar was down to 75 after the shake. 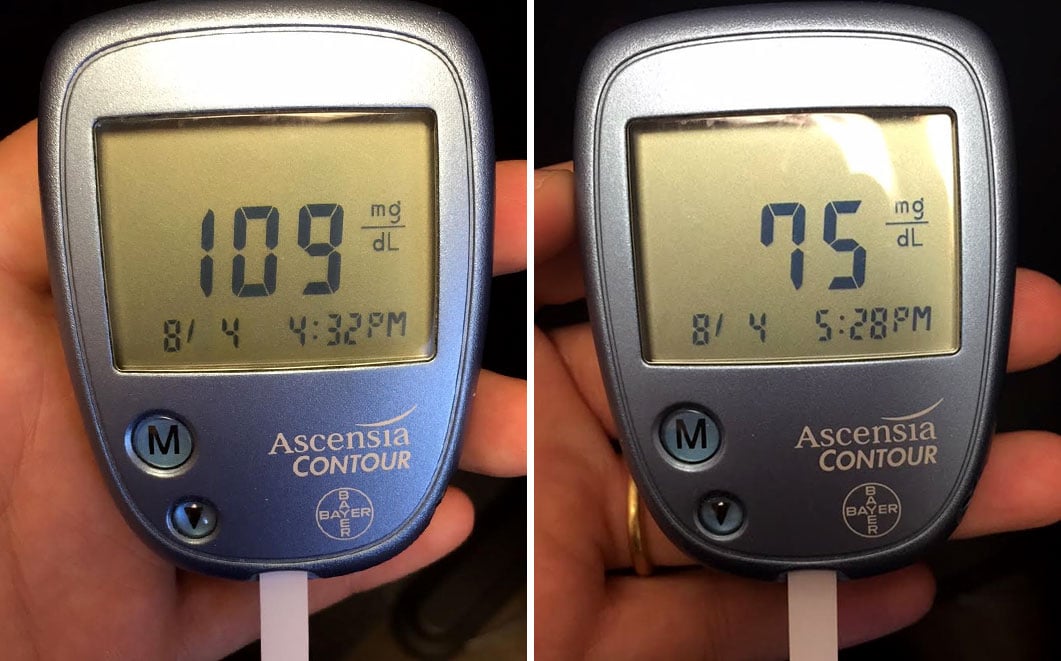 In contrast, I had a little fun and ate a brownie that my mother-in-law had brought over to see how a refined treat might compare. It was made from a box mix (using white sugar and flour), so we cut a square of brownie for me to try that had roughly 30 grams of sugar so it would be comparable to the sugar in the date shake. After one hour of eating the brownie, my blood sugar spiked at 137, which is a little too close for comfort to that 140 threshold for me. After two hours, it was down to 108– similar to my highest spike with the dates. So, while this clearly isn’t the most scientifically controlled study, it does seem that fruit sugar is definitely treated differently than refined sugar in my body. This is why I hate it when people lump fruit into the general “sugar” or “fructose” category. It’s not the same!

Lunch: A couple times a week I’ll use my lunch break to do my grocery shopping, because I can get in and out so much faster than when I bring my toddler along. While I was at Whole Foods, I picked up a salad from their salad bar to bring back to work with me. I filled the box with mixed greens and topped them with roasted beets, roasted red peppers, artichoke hearts, hard boiled eggs, and feta and topped it off with a bit of Italian vinaigrette– which honestly wasn’t my favorite, but nothing from a bottle can compare to homemade salad dressing.

Snack: I had some leftover deep dish cookie from a dinner party I threw last weekend, so it’s been my mid-afternoon treat this week. I’m obsessed! (Recipe will be in my new book.)

Evening: I’ve been trying to test at least one recipe each night to be as productive as possible, so in addition to dinner (which was a Sweet Potato Noodle Stir-Fry, also found in my next book) I’ll also end up sampling a recipe or two. Last night, I made a gluten-free & vegan Quinoa Chia Bread, which I found from the Healthy Chef. I still can’t decide if I like this bread or not (my son definitely does not), but it’s one of the healthier bread recipes I’ve found. I also made some lactation energy bites to prepare for my newborn weeks ahead! I’ll share the recipe for those in the near future, as I know there are many other soon-to-be moms out there who might need an easy & filling snack on hand, too.

I’ve also been eating ice and drinking red raspberry leaf tea like it’s my job. I bring a quart-size jar of brewed tea with me to work every day, and make sure I finish it by 5pm. I also found out that Sonic (yes, the drive-thru) sells their nugget-style ice in 5-pound bags, so Austin was kind enough to pick up a bag for me and I munch on that as a treat each evening at home. I must be so loud with all the crunching!

That’s my update for now– assuming this baby stays put, I’ll be back soon with a new recipe for you.

filed in: pregnancy · what i ate
My Birth Story
Gestational Diabetes Test Alternatives (and How to Pass!)
Top 10 Superfoods for a Healthy Pregnancy
My Second Birth Story