Making a Chipotle-style burrito bowl at home couldn’t be easier with the help of your Instant Pot. Black beans and brown rice cook at the same time (from scratch!) in the same pot, in just a 30 minute pressure cooking cycle. No soaking required! 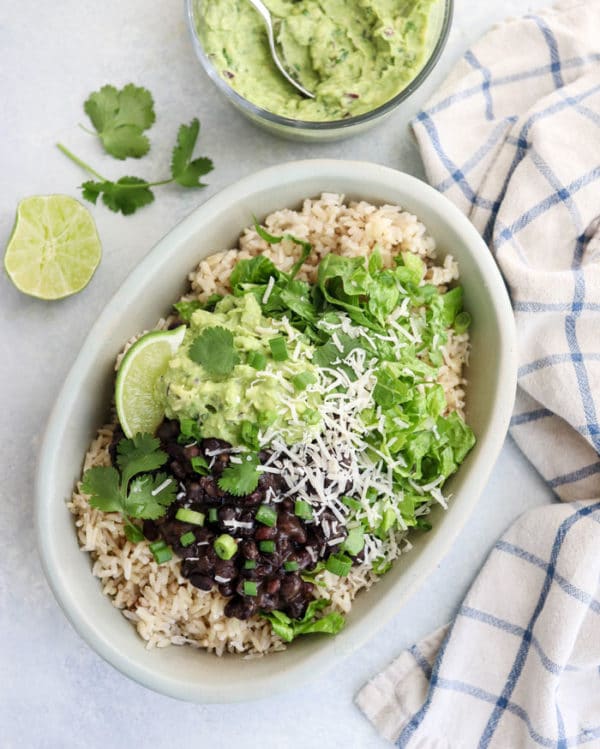 I set out to create this recipe because my family has committed to eating at home for the next 30 days, and I knew we’d be missing Chipotle as an easy take-out option. We love their burrito bowls! I usually get the vegetarian burrito bowl with brown rice and guacamole, so I figured making that should be my top priority. I’ve already covered the guacamole recipe!

How to Make Chipotle Burrito Bowls

What I love about Chipotle’s black beans is that they are mildly spiced. They have a slightly spicy kick, but they’re not so hot that my two-year-old can’t eat them, too. 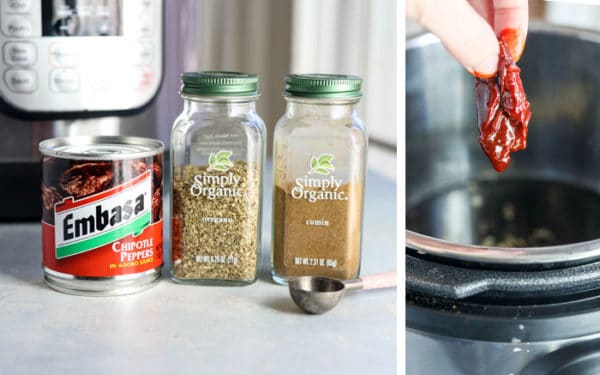 I mimicked their flavor by using a whole chipotle pepper, cumin, and oregano. Chipotle actually uses a few more ingredients in their black beans (according to their ingredient statement) but if you know me, you know I’m a lazy cook and I know I’m not going to pull out too many ingredients to make an easy weeknight meal.

The perk of making these burrito bowls at home is that you save money and calories. By making this at home, you are avoiding the added oil that Chipotle adds to both their rice and beans. And by making these items from scratch, this recipe is as cheap as possible!

This recipe uses the magic of pot-in-pot cooking. I use a 2.5-inch trivet and an oven-safe bowl that’s roughly 6 or 7 inches in diameter (I use my salad bowls from West Elm) to cook the brown rice at the same time as the beans. I’ve heard you can also place the trivet that comes with your machine directly on top of the beans, but that would be a little messier. 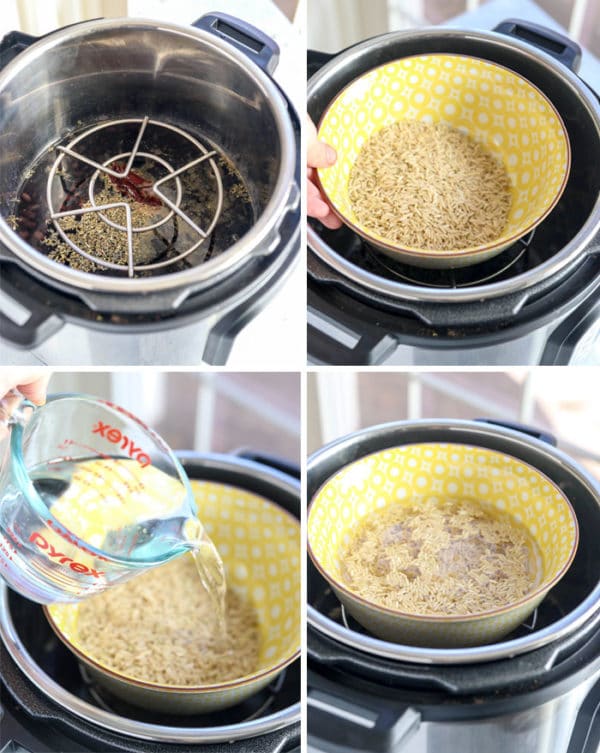 I think the flavor of this recipe is remarkably similar to Chipotle’s, while also being incredibly easy to throw together. The whole process should only take you 5 minutes before you seal the lid! 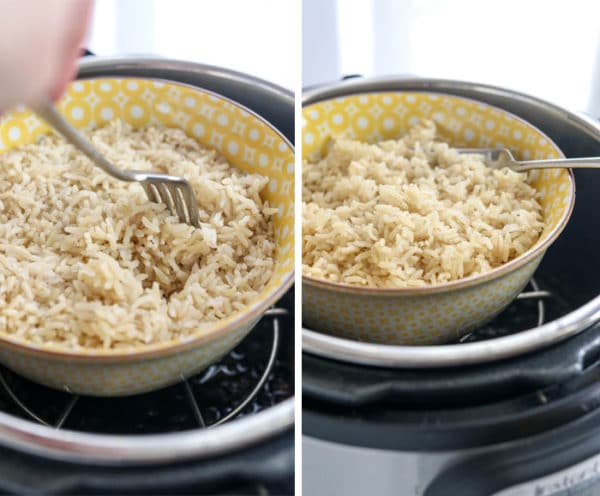 What You Should Know About Your Instant Pot

In case you’re intimidated by your Instant Pot, all you need to know is in the photo below. When the floating valve in the lid “pops up” you’ll know your Instant Pot is pressurized, and the cooking cycle should begin soon after. 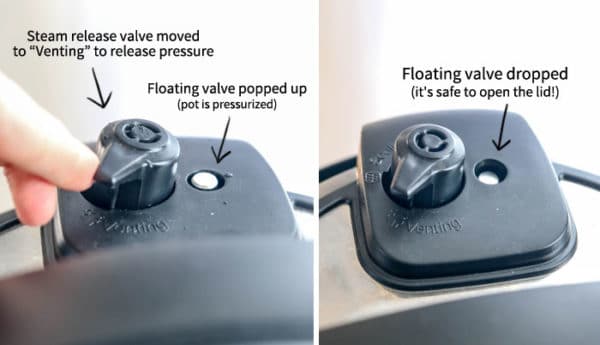 When the natural release is done, you move the steam release valve to “venting” and then the remaining pressure will release through the top. You’ll know it’s safe to open the lid when the floating valve has dropped again, signaling that the pot is no longer pressurized.

This recipe produces cooked black beans from scratch, without the need to soak them ahead of time. (You can if you want to, but it will shorten the cooking time and changes the rice you can use. See the notes below.) 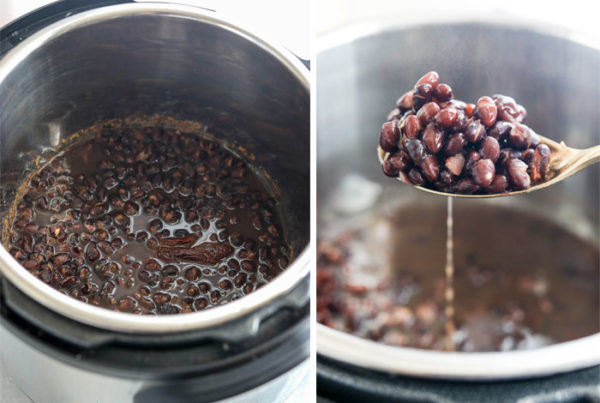 In my experience, it’s best to have the beans covered in water for even cooking results, so when this recipe is done there is a little bit of cooking liquid leftover. When I’m in a rush, I serve them right away with a slotted spoon, but if you prefer you can use the Instant Pot’s saute function 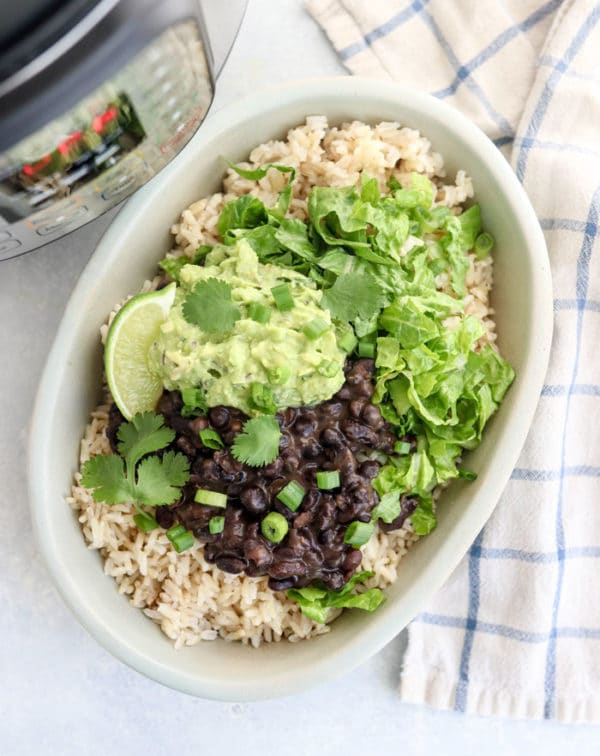 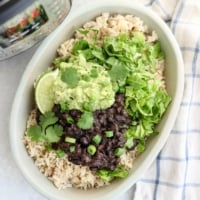 If you don’t have an Instant Pot, you can make this recipe on the stove using two separate pots. I would start with beans because they’ll take longer to cook than the rice. Since water evaporates with stove top cooking, you’ll need to cover the beans with close to 3 inches of water, instead of using the measurements given in the recipe, but include the rest of the ingredients as called for above. Bring to a boil over high heat, then lower the heat to a simmer and cook until the beans are fork-tender. I’d start check on them after 1 hour, but it may take up to 1 hour and 45 minutes for them to be ready. Season the black beans with salt AFTER they are tender for fastest cooking results. Brown rice takes 30 to 45 minutes on the stove, so cook that according to your package directions, and then serve it together with the black beans when both are ready.

Reader Feedback: Have you ever made your own beans from scratch before? I’ll admit, the Instant Pot makes me much more likely to do it now that it’s so hands-off! 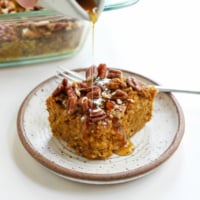 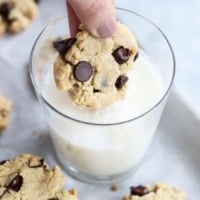 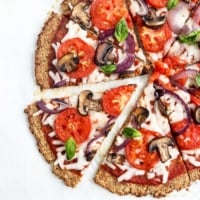