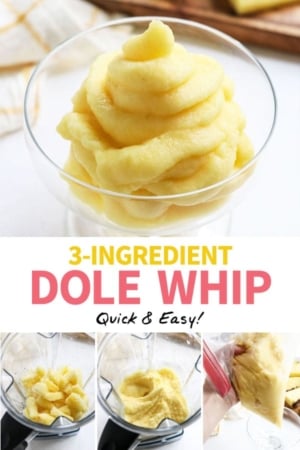 If you’re not familiar with Dole Whip, it’s a dairy-free pineapple sorbet, with the consistency of soft-serve ice cream. It’s amazingly delicious! It’s also pretty difficult to come by, unless you’re visiting Disneyland or the Dole Plantation in Hawaii. (Though, I hear they are going to be offering it at other locations, too!) 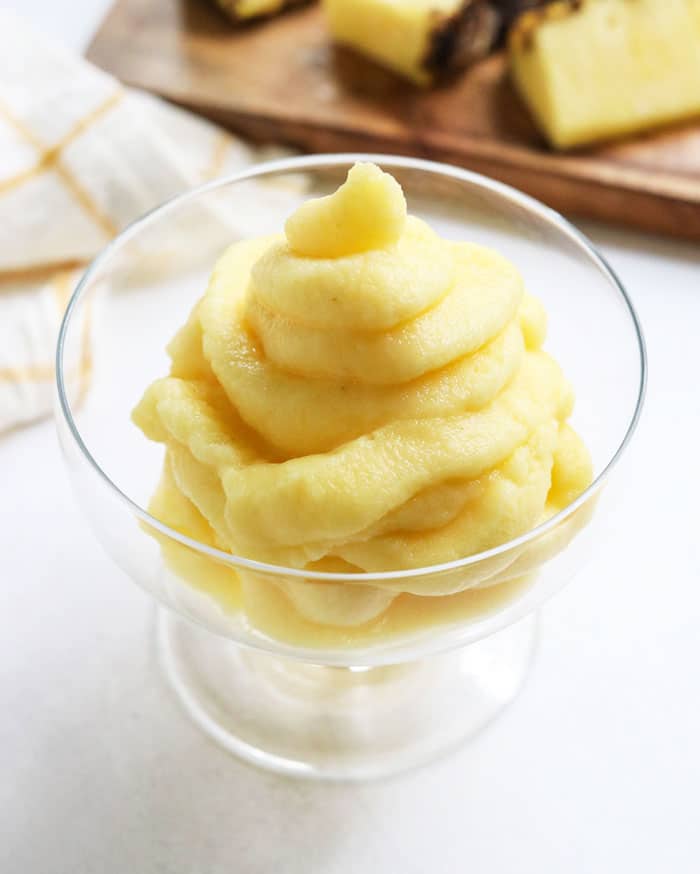 What is Dole Whip Made Of?

The Dole whip you can buy at Disneyland is made with sugar, coconut oil, natural and artificial flavors (including pineapple juice), and lots of stabilizers. This allows it be mixed with water and come out of a soft serve machine, but it’s not exactly something you want to replicate at home.

Dole Whip is dairy-free and vegan, which is probably one of the reasons it’s so popular. Even with dietary restrictions, most family members can enjoy it!

How To Make Dole Whip at Home

Calling for just three ingredients, this homemade Dole Whip couldn’t be easier to prepare. It doesn’t have the exact same texture as the original, but you can pipe it into a glass for a similar effect! Plus, you’ll avoid the long wait line at Disneyland. 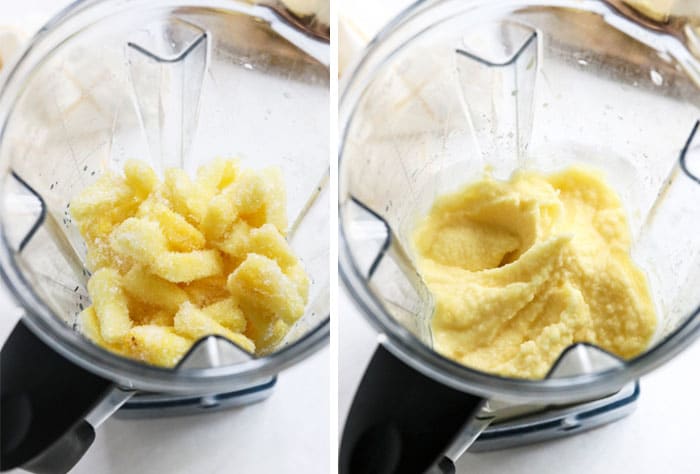 Combine the frozen pineapple with the almond milk and honey, then blend until a frozen sorbet texture is achieved. (My kids also love it when I make this with orange juice instead of the milk and honey– no extra sweetener is needed when you use the OJ.) 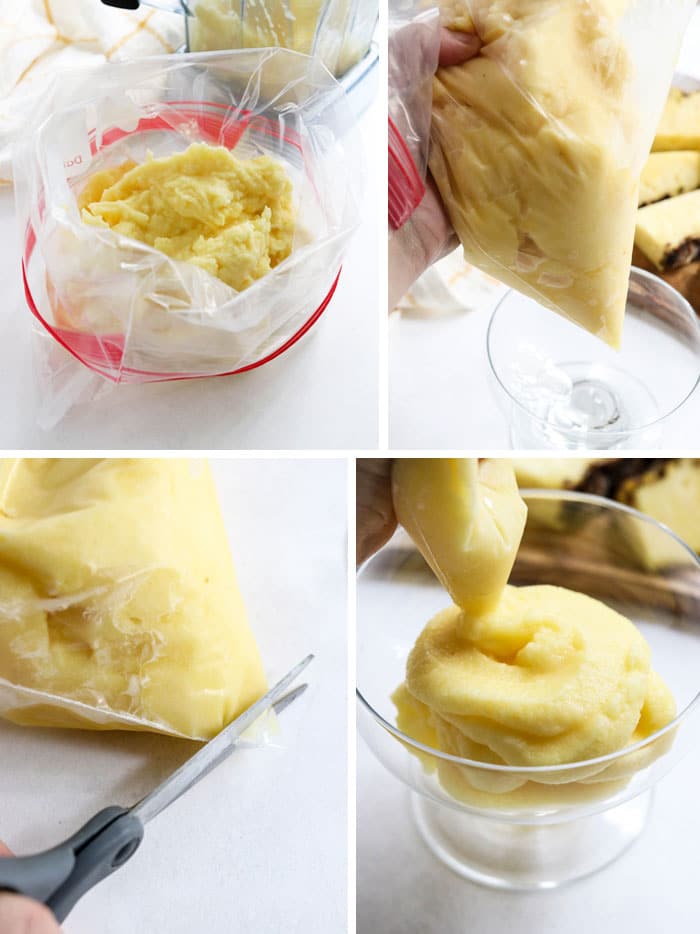 For an authentic Dole Whip presentation, transfer the frozen dessert to a large plastic bag, and cut off the tip to create a piping bag. Pipe the pineapple whip into 4-6 dishes, and serve immediately!

Any leftovers can be frozen in an ice cube tray, and used in smoothies later. 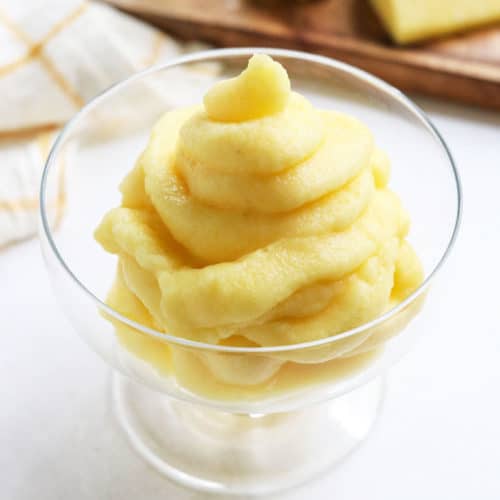 If you try this recipe, please leave a comment below letting me know how you like it! If you try something different, let me know, too! We can all benefit from your experience.

Reader Feedback: Have you ever tried Dole Whip?