All Recipes » Dietary » Vegan » What I Ate: Recipe Flops
Vegan · What I Ate

Last night, I made the WORST pumpkin soup. 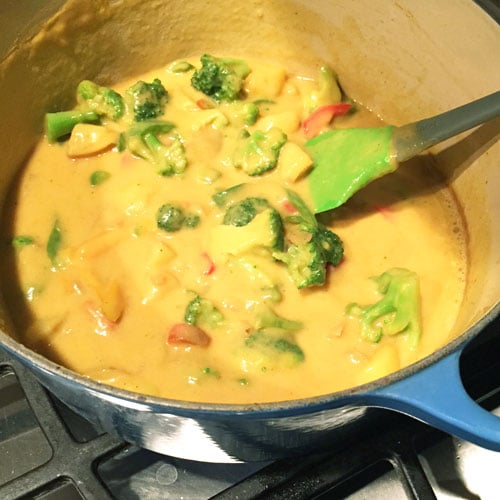 Seriously, it was just gross. (Hint: a whole can of coconut milk does not work well with freshly roasted pumpkin– it’s too overwhelming!) This has been par for the course lately; the past couple of weeks I’ve had SO many misses when it comes to recipe development. Perhaps my wonky travel schedule had something to do with it (since working in my mom’s kitchen is never the same as working in my own), so now that I’m back home I’m hoping things will start working for me again.

Luckily, I was able to salvage my ruined pumpkin soup by adding loads of curry powder and fresh ginger to it, turning it into a pretty tasty version of my pumpkin curry sauce. We served it over quinoa and veggies and dinner was ready to go!

Here’s what the rest of my day looked like yesterday: 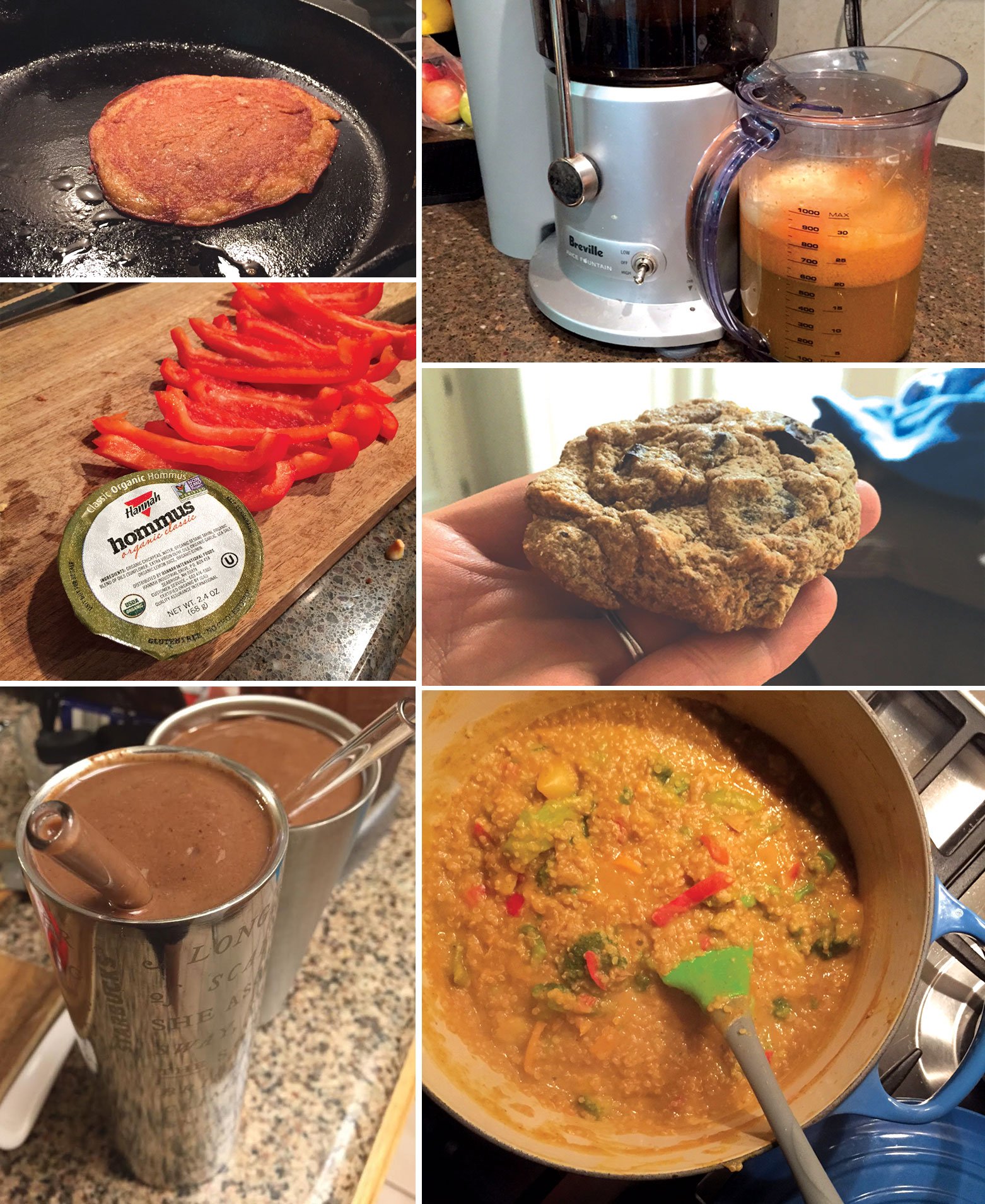 Morning: My son slept in until 9am(?!) randomly, so I actually had the time to play around with a pancake recipe before he got up. I made TWO batches of pumpkin pancakes, both of which were delicious, but the texture was off. I’m hoping there’s a way I can make them fluffier without using eggs, so I can keep them vegan… it’s tricky!

When my son wakes up lately, he immediately asks for juice. So, we make green juice! I’m so grateful for this phase (however long it may last) because I’ll admit… sometimes I’m too lazy to make juice for just myself. But if my son wants it, I’m always motivated to make it for him! Yesterday’s juice included a couple Romaine hearts, a whole English cucumber, one pound of carrots, several stalks of celery, 2 small apples, a lemon, and some fresh ginger.

Afternoon: After taste-testing two different batches of pumpkin pancakes, I wasn’t super hungry for lunch. So, I reached for something easy in the fridge– a single-serve package of organic hummus (I found this brand at Costco) with a whole red bell pepper, sliced. I still prefer my favorite zucchini hummus, flavor-wise, but this works in a pinch.

Late Afternoon: The bad thing about having a “snack” type of lunch is that I end up snacking for the rest of the day. I ended up eating two of my cashew butter cookies from the freezer later, and then I stopped myself from reaching for a third cookie by making a chocolate smoothie (from my bonus pack) instead. Such a better choice! My sweet tooth was satisfied, and so was my appetite.

Dinner: Recipe flop #3 of the day– my pumpkin soup disaster, that turned into a pretty tasty pumpkin curry. I added some chopped potatoes, bell peppers, and broccoli into the curry sauce, along with cooked quinoa for a filling vegan dish. (My son approved, too!)

P.S. Next week, I’ll aim to show you what my son eats in a day, since things have changed a bit since my last post about him. I feel like I’ll have to have my camera out all the time, because he eats non-stop ALL day long!!

Reader Feedback: What are YOU eating this week? Any recipe flops you’re willing to share? Misery loves company! Ha ha.