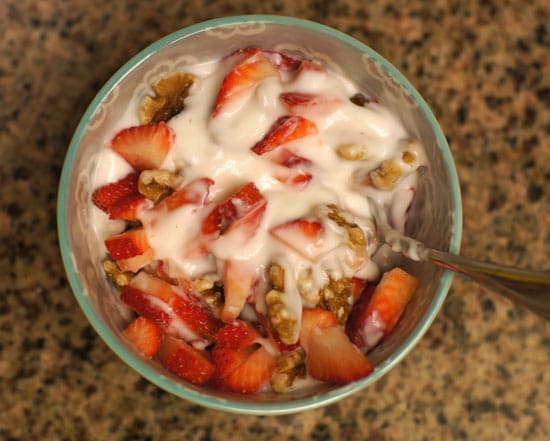 Austin has the week off (lucky!) so we’ve been staying up way too late binge-watching TV shows, acting like we’re both on vacation– despite the fact that I still have to wake up at 6am for work. We just finished watching Broadchurch (which so good!!!) and now we’re moving on to Orphan Black. Once you get started, these shows are addictive!

Lately, I don’t get the chance to eat in the morning until after our son goes down for his first nap, and I’ve been hesitant to run the juicer or blender while he sleeps for fear of waking him up. Instead, I’ve been enjoying this combination of plain goat’s milk yogurt, raw walnuts, and fresh fruit, which can be enjoyed quietly as I work at my computer. I’ve also been enjoying a cup of decaf coffee with a splash of heavy cream this week, pretending that it helps me “wake up” in the early morning. 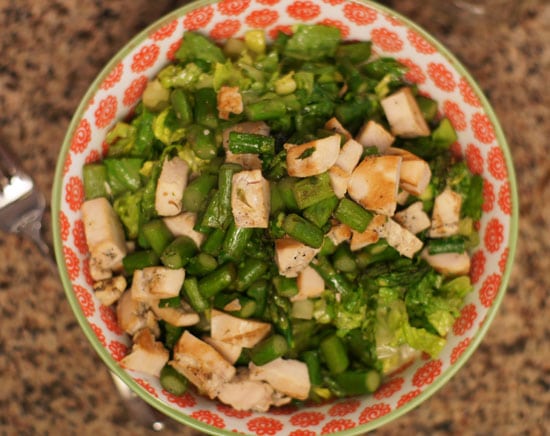 For lunch, I made a large romaine salad topped with a half a bunch of asparagus that I sauteed together with a chopped chicken breast. I’m loving warm toppings on my salads lately– it makes them feel so much heartier. And I’m still obsessed with this raw apple cider vinaigrette. I make a huge batch for the week and use it on everything! 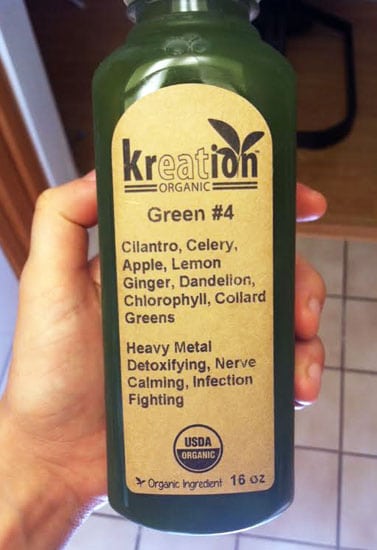 Austin brought me home a green juice, which was the perfect afternoon pick-me-up after work. 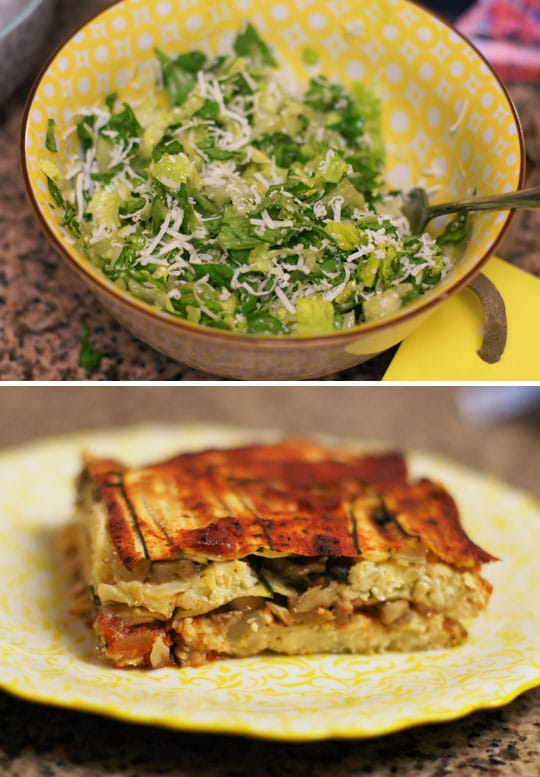 For dinner, we started off with a simple leafy green salad dressed with more apple cider vinaigrette and shredded raw goat cheddar. Followed by two slices of vegetable lasagna. (A recipe that will be in the cookbook– it’s one of my favorites!) 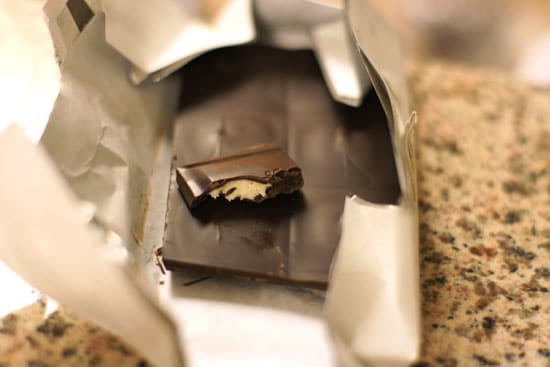 For dessert, I had three squares of this almond butter creme filled dark chocolate bar from Endangered Species. It’s one of the most decadent dark chocolate bars I’ve ever tasted! I was expecting it to have an almond butter center, but it’s more of a cream filling that tastes like salted marzipan… in the best possible way. It takes some serious willpower to not eat the whole bar at once!