This Vegan French Toast is just as delicious as the original, but it’s made without eggs or dairy. The bread gets nice and toasted on the outside, with a tender center, and I love how quick and easy it is to prepare. 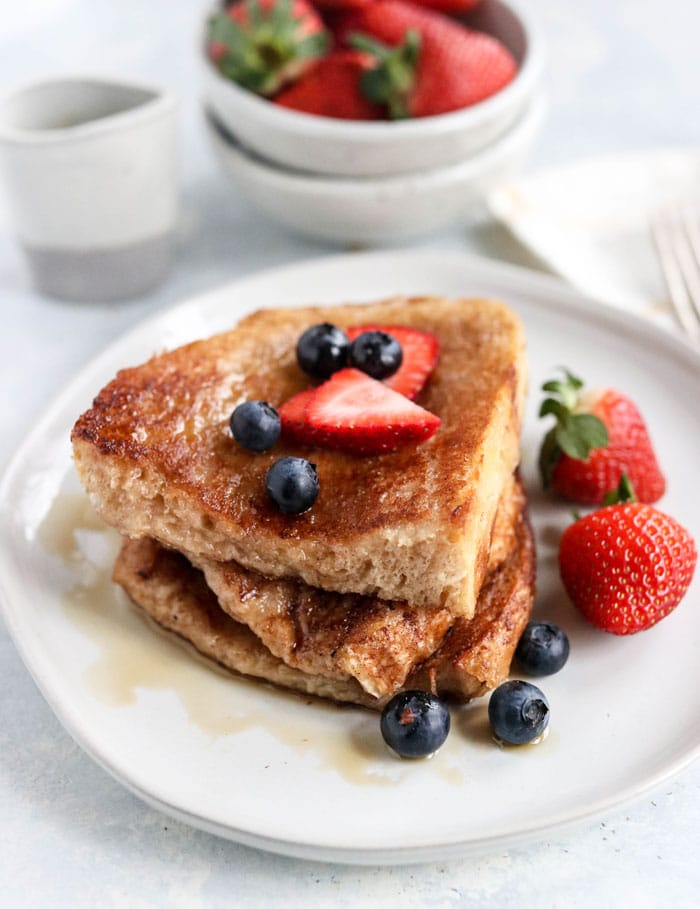 All you need to make this Vegan French Toast is your favorite bread (many breads are naturally vegan, but be sure to check the label!), milk or water, and an egg substitute. I like to add a little maple syrup and ground cinnamon for flavor, but that’s totally optional. 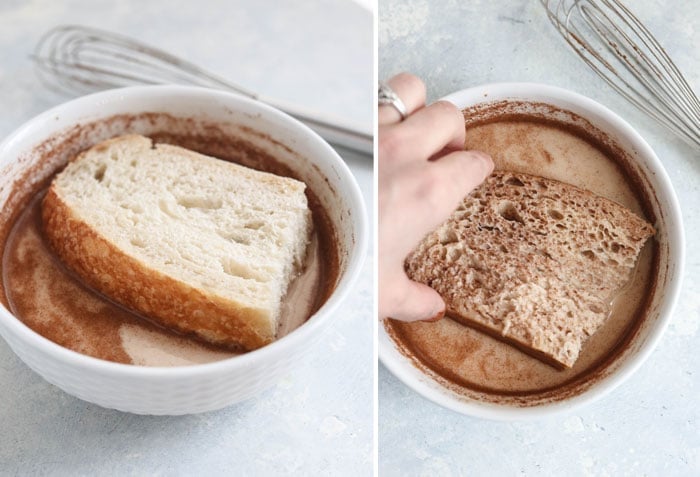 I tested this batter with several types of bread, and all seemed to work well. My first attempt was with Canyon Bakehouse Gluten-free bread, and then I realized that it is NOT vegan. The little “V” logo at the bottom of the package is confusing, as it looks like it’s a “vegan” label, but it’s not– so don’t make the same mistake I did and carefully read the label if you need a vegan option. 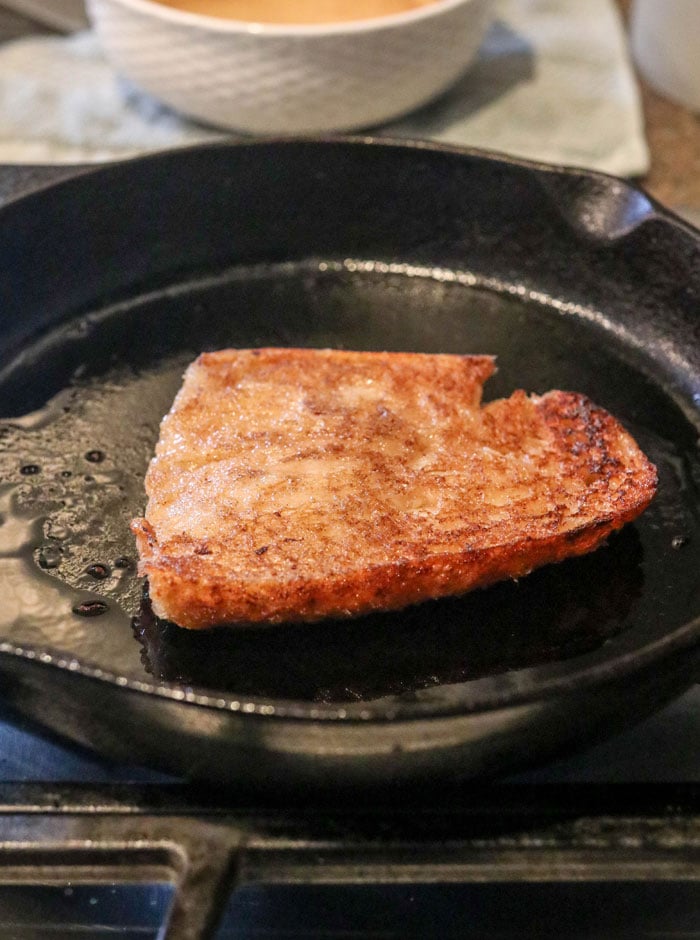 In fact, most gluten-free bread is not vegan, but I did find one brand that was: BFree White Bread. (I found it at Costco in the freezer section.) This little French Toast experiment has given me new motivation to work on my own gluten-free bread again, but in the meantime, this works!

And if you can eat gluten, any sturdy bread is a great choice for French Toast. I used a bakery loaf of sourdough for the photos here, as I wanted something thicker. Keep in mind, though, that thicker bread takes longer to cook than the thinner slices. I might actually prefer the thinner slices now that I’ve tasted both options!

I tested this recipe both with a flax egg and arrowroot starch as a vegan egg substitute, and I’ve come to the conclusion that either will work. Ultimately, I think the starch “egg” produces a slightly crispier result, so that’s what I’ve used in the recipe below, but be sure to check the notes below the recipe for a flax or chia seed variation. 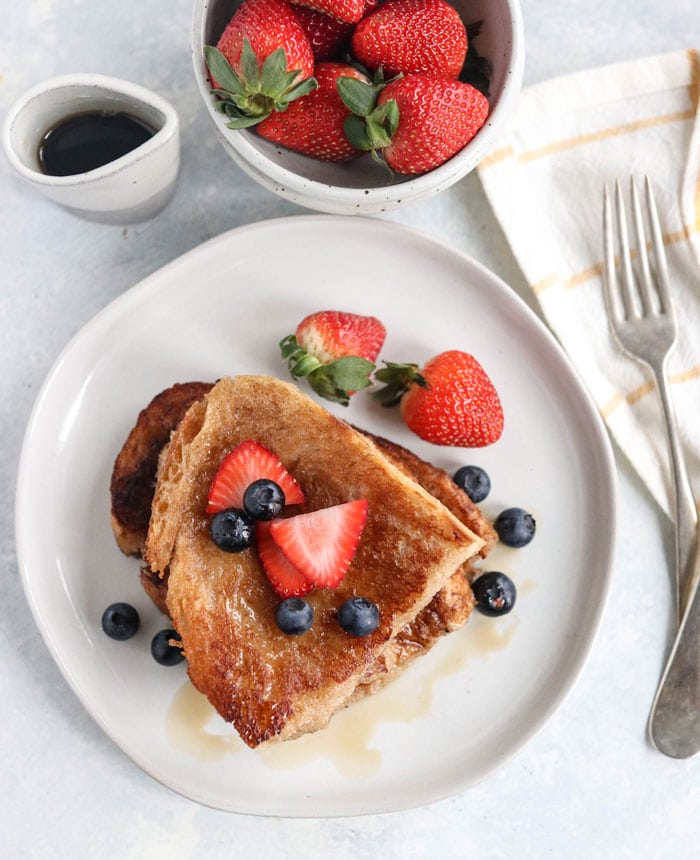 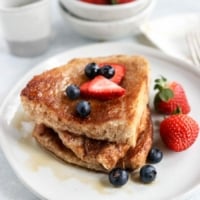 5 from 5 votes
This Vegan French Toast is naturally dairy-free and egg-free, with gluten-free notes included. I love how easy the batter is to make, and how it still gets crisp on the outside.
Print Recipe Pin Recipe Rate Recipe
Prep Time: 10 mins
Cook Time: 10 mins
Total Time: 20 mins
Servings: 6

Reader Feedback: What’s your favorite weekend breakfast? The weekend is when we usually take the time to make my gluten-free toaster waffles (in No Excuses Detox) or my fluffy Gluten-free Vegan Pancakes! 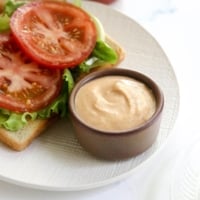 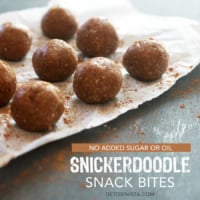 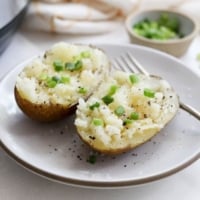 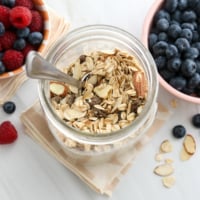