Remember last week, when I was vacationing in Vegas with my family? Well, my brother mentioned to me that he would like to improve his diet, but quickly pointed out that “Carrot sticks aren’t going to cut it, Megan.” (He thinks I eat rabbit food.) Coming from a background of eating fast food in huge portions, guzzling soda, and including little-to-no fruit or veggies, he’s probably not going to be jumping into a glass of green juice anytime soon!

Instead, I want to give him manageable diet changes that won’t be too overwhelming. I think often times people avoid improving their diet because they think it will be too hard… but it certainly doesn’t have to be!!

A couple other things I had to keep in mind for this situation:

1) My brother is on a budget, so he can’t be spending oodles of money on pricey “health food” and supplements!

2) He also isn’t willing to spend much time on his meals. It needs to be FAST and EASY for him to stick to this.

Good thing he has a Trader Joe’s in his area!! (he doesn’t shop there currently, but I’m hoping to change his mind!) I take advantage of my local Trader Joe’s all the time. In my opinion, it’s a great shopping destination for impatient healthy-eaters on a budget!  They’ve got tons of pre-chopped veggies, pre-cooked meats, and even pre-made meals… all at affordable prices. (and no, I’m not being paid to say that…)

I thought I’d share my tips with you guys, in case you have any friends or family members in similar situations.

Here are some easy “upgrades” anyone can make: 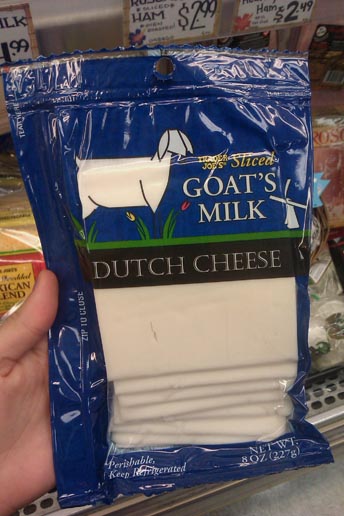 2. Switch to “sprouted grain” products. (Sprouted grains are easier to digest, and often contain more fiber and protein than white bread–> which means they should be more filling, too!) 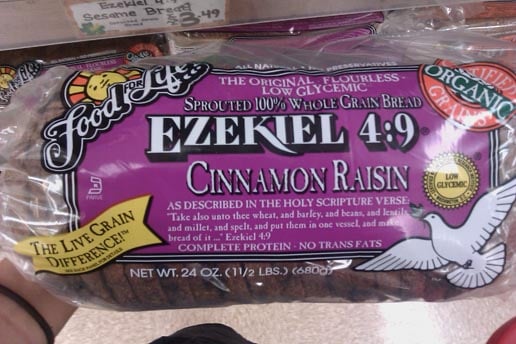 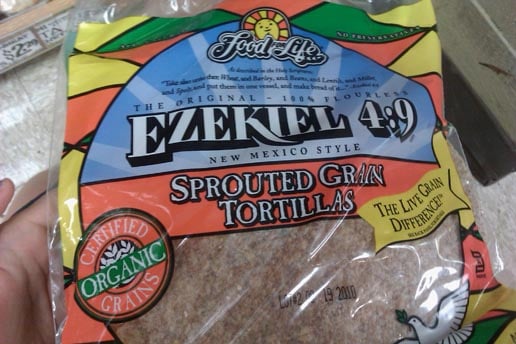 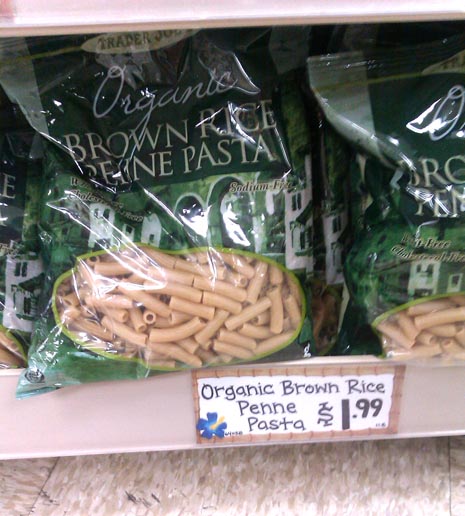 (I use this brown rice pasta often– even for company–  and no one notices a difference!)

4. Upgrade the pasta sauce, too! (Preferably a sugar-free variety with very few ingredients) 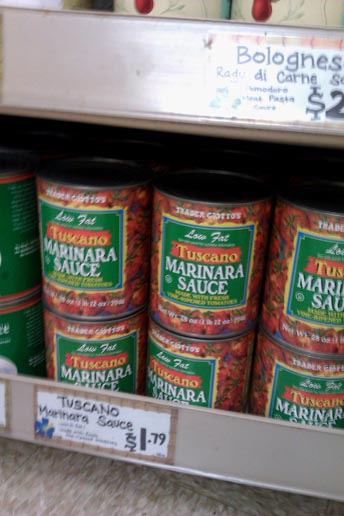 Perhaps a can of soup, that he could simply heat up in the microwave? 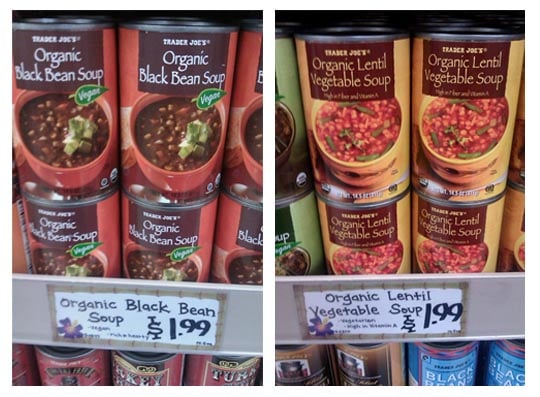 Even some Turkey Chili would be a better option than an Extra-Value Meal. 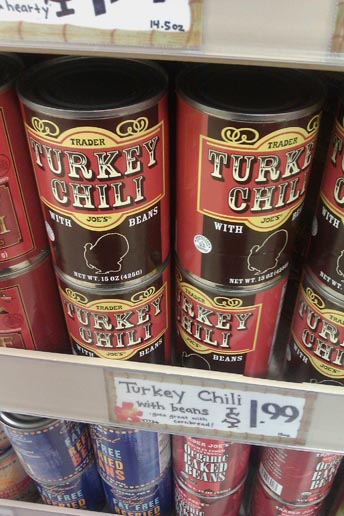 He could enjoy it with some whole-grain toast or crackers on the side, and a piece of fresh fruit for dessert!

Other “brown-bag” lunch ideas include:

Veggie Sandwich: on sprouted grain bread, with a whole avocado, dijon mustard, and any veggies you like!

Homemade Bean Burrito, made with a sprouted grain tortilla, vegetarian refried beans, and salsa and guacamole as desired.

*I’d really like him to upgrade his peanut butter to either Almond Butter, or Sunflower Seed Butter, since peanuts often contain aflatoxins and can be hard on the liver. They’re also heavily exposed to pesticides, making organic peanut butter a must. 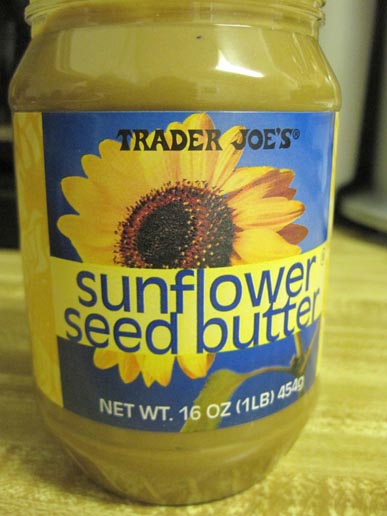 I’ve also suggested he keep a stash of Larabars in his office, in case of a snacking-emergency. They’d make a great dessert, too! (When starting to transition to a healthy diet, this is NOT the time to worry about food combining yet… getting away from the drive-through and processed, packaged foods is a huge step in the right direction!)

I also wanted to give him some fast-food options, in a pinch:

At Subway, he could get a Veggie Delight sandwich or wrap with avocado, mustard and whatever veggies he likes. (yes, their bread has HFCS in it– soon to be called “corn sugar?”— but, I still think it’s a better option than two double cheeseburgers!)

At Chipotle, he could get a Burrito Bowl (just cutting out the tortilla saves you 300 calories!) with rice, beans, salsa and guacamole, or if he wanted to be really good, he could get a salad with those toppings.

I’m not very familiar with other healthy fast-food options, so do you guys have any suggestions? I’m pretty sure he’s NOT willing to sit down to a fast-food salad topped with chicken, which is why I didn’t list it above… and I’m not really crazy about him eating a small bowl of iceberg lettuce, anyway. (That wouldn’t even keep me full!) If you’ve seen the size of MY salads, you know a little fast-food salad just won’t do…

Reader Feedback: Do you have any more EASY brown-bag lunch ideas? Please share below!