I’m embarrassed to admit it, but for years I struggled with binge eating. 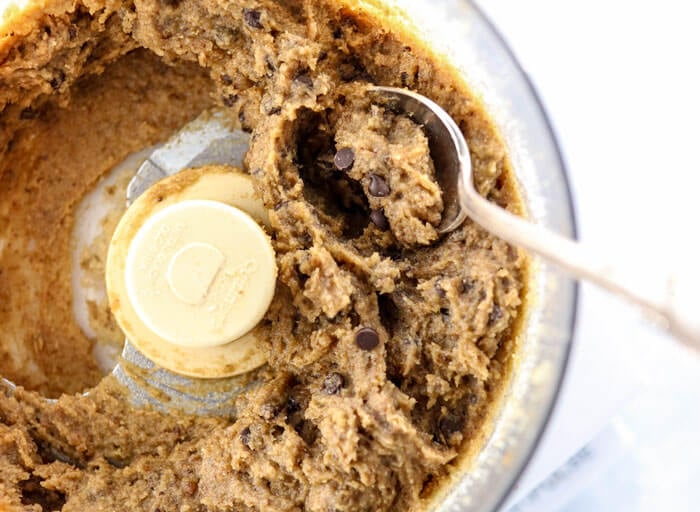 When others were around me, I would eat healthy, normal-looking meals, but when I was by myself I would gorge on junk food until I felt sick. It was a heavy secret to keep, affecting not only my weight and overall health, but also my social life and relationships. (Some nights I would rather stay home and secretly eat than hang out with my family or friends.)

Today I want to share some of the steps I took to finally stop binge eating, in the hopes that it might help someone else out there who might be struggling, too.

Disclaimer: If you are feeling suicidal, severely depressed, or in need of medical attention, please see a licensed health care provider. This website is not intended to be a substitute for medical advice.

I don’t believe there is a just one answer as to what causes people start binge eating, but it seems that one common cause is having a restricted diet at some point in your life.

This could have happened when you were a child, if well-meaning parents attempted to limit your food intake to help prevent childhood obesity, or it might have happened later in life, when you attempted to diet to lose weight. (In my case, it was the latter.) 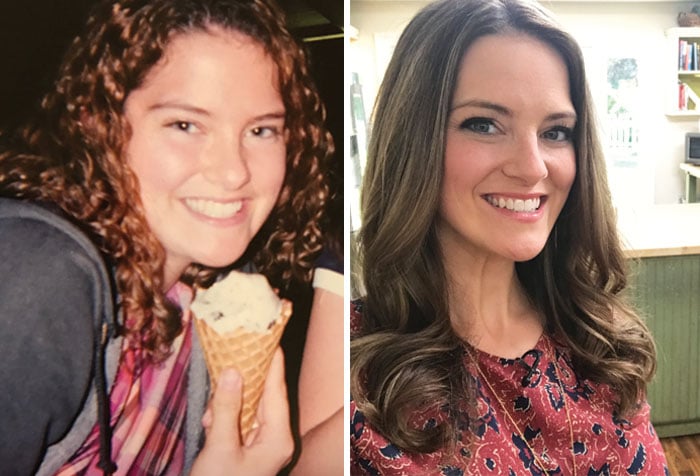 Not surprisingly, depression can also play a role in binge eating. My suffering hit its peak when I was working from home in Los Angeles, as I felt very isolated and didn’t have a lot of human interaction each day. I also had a nutritionally poor diet, which probably contributed to those feelings of depression, and that left me feeling malnourished. This combination led to more serious bouts of binge eating like you’ll see below.

What is Considered Binge Eating?

Binge eating is defined as the consumption of a large quantity of food in a short period of time. In many cases, the person binge eating feels out of control and eats WAY past their comfort level. For a person suffering from Binge Eating Disorder, there is no purging after the binge (which is what makes it different from Bulimia.)

I would imagine that almost everyone has experienced some level emotional eating, or comfort eating, at some point in his or her life, but it’s the eating far past your comfort level or feeling out of control that sets binge eating apart from simply “splurging.” 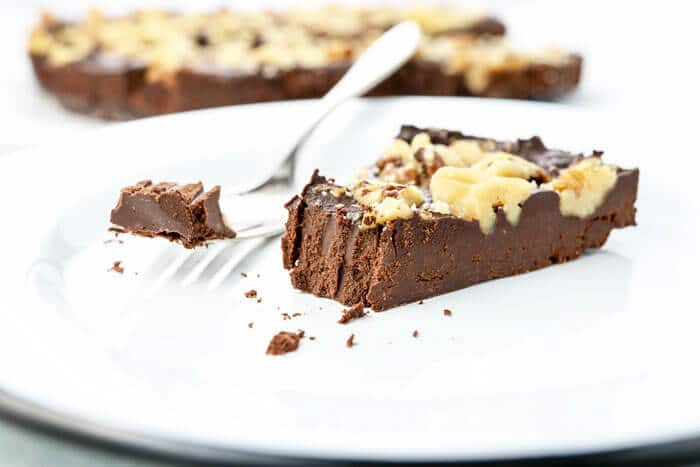 A binge can vary from person to person, as it’s kind of up to self-interpretation. For some, they may tend to binge eat at night, after a stressful day at work or after a day of a low-calorie dieting. For others, it maybe a full day of binge eating, particularly on days leading up to starting a strict diet. One thing that most binges have in common is that the eating is done in secret, as the person is ashamed of his or her actions.

Here’s an example of what a full day of secret binge eating looked like for me:

A binge day like this would usually occur anytime that I was planning to try a super-strict diet, like a juice fast, an all-raw diet, a candida cleanse, or a low-carb protocol (I tried it all!). The more strict my diet, the more drastic the binge would be.

Also, my binges rarely were contained to just one day. Usually I would binge-eat like that one to three times a week. If I slipped-up during a dieting day, the rest of that day would turn into a binge because the way I saw it, I had already “blown it” for the day and I might as well start fresh tomorrow.

Mentally, I remember reasoning with myself that I would have a better “before” picture to compare to later when I lost weight after my diet, since I’d be so bloated from binge-eating. (What I a great excuse to eat with reckless abandon!) The only problem was… it was really hard to stop binge-eating, and it was even harder to stick to a strict diet for very long.

On a side note, days like this one would also wreak havoc on my budget. I was too ashamed to keep these “bad” foods in my fridge, so I would buy them and discard the evidence, which is a huge waste across the board. You would think that being on an insanely-tight budget would have stopped me at the time, but it didn’t.

Binge eating, in general, doesn’t make logical sense, which is why it’s so hard to explain it to others who haven’t experienced it. 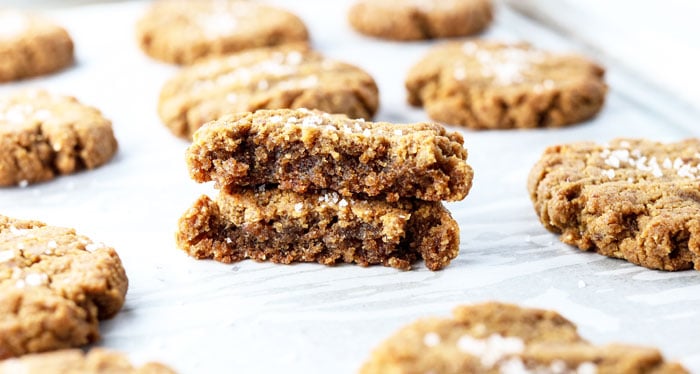 Stuck In A Cycle of Yo-Yo Dieting

I suffered through this cycle for years because I was always convinced that if I could just find the perfect diet, or reach a certain goal weight or clothing size, that my issues would go away. I wouldn’t stop dieting, and therefore I couldn’t stop binge eating, either.

I also felt like I was “getting away with it” because I never gained THAT much weight, despite my crazy eating habits. I definitely did gain weight, and my clothing size did fluctuate often, but I would always follow a super-strict diet for 2 to 4 weeks and lose the weight again. (Though, this did get harder to maintain overtime. Your body won’t always respond as well to the same diet over and over again.)

Then the cycle would start all over again. I was stuck in a cycle of yo-yo dieting. 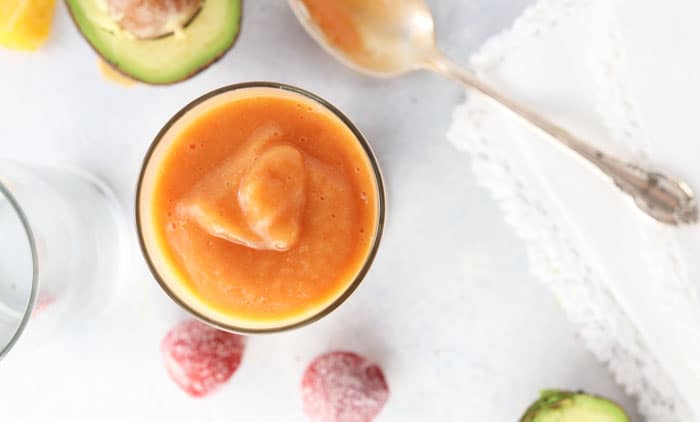 How I Finally Stopped Binge Eating

I’d love to say there was a “magic cure” that made things click, but it didn’t happen overnight. For me, the change was more gradual.

By taking the steps below, my binge eating sessions became shorter and less severe, and happened far less frequently. Eventually, they started to simply resemble the dietary “splurges” that normal people have. (Like having a couple cookies after family dinner, or going out for ice cream with friends.) Now, I eat like a healthy, normal person with a few splurges here and there.

The following things helped me get there:

Seek Professional Counseling: I was too embarrassed (and broke) to seek professional help at the time, but I still wish I would have seen a counselor for help. I’d recommend anyone who is struggling with binge eating, or another eating disorder, to seek help as soon as possible. I think it would have saved me a lot of time and struggle to have a professional guide me through the recovery process, since really none of my friends or family could relate to what I was going through.

As an alternative, I did read a lot of books. I can’t say that one book in particular gave me an “a-ha moment,” but I do think that as a whole, they helped gradually change my mindset. Here are a few of the books I found helpful.

Can you stop binge eating AND lose weight?

I think the scariest part of this whole process was the fact that I had to stop dieting in order to stop binge eating. It’s scary to stop dieting, because I think everyone assumes that they might gain weight when they let themselves eat whatever they want. (And often the desire to lose weight is what starts this cycle in the first place.)

The truth is, you might gain a couple of pounds when you first allow yourself to eat whatever you want… though, that wasn’t the case for me.

Because I truly let myself eat whatever I wanted, whenever I wanted, I was also able to stop eating those items when I was no longer enjoying them. Forbidden foods lose their appeal when you truly allow yourself to have them anytime. 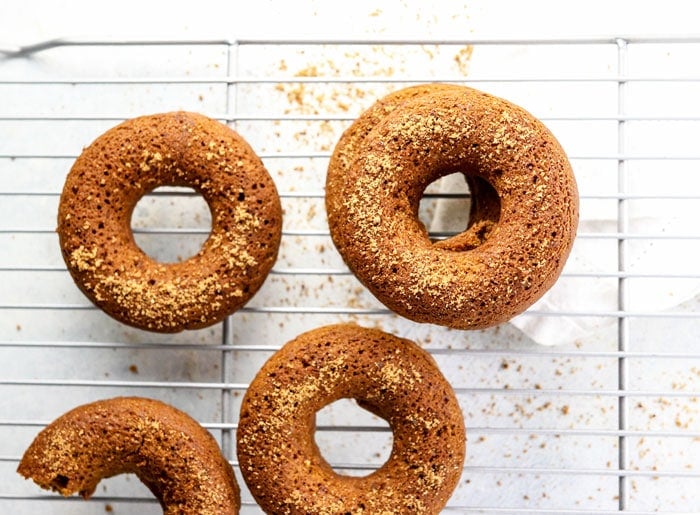 For example, when I was dieting and binge eating, I could have eaten a whole sleeve or two of cookies in one day because I knew I wouldn’t be “allowed” to eat them the next day. I ate more than I needed or even wanted to, simply because they were going to be forbidden to me soon.

When I gave myself permission to eat those cookies whenever I wanted, I would only eat 2 or 3 cookies at a time and then I’d save the rest for the next time I wanted them. Eventually the box could sit in my pantry for a whole month or more. I became one of those people who “forgot” that the cookies were even there. (Which certainly never happened to me before!)

Get Rid of the “All or Nothing” Mentality

Something that I preach here on the blog, as well as in my cookbooks, is that you have to get rid of the “all or nothing” mentality if you want to have a healthy relationship with food. At the peak of my binge eating, I was either on a diet or I wasn’t– so when I wasn’t dieting, I was binge eating. There was no middle ground.

Now, I try to abide by the popular 80/20 approach, where I eat healthy 80% of the time, but I still splurge 20% of the time with no guilt whatsoever. Despite my lack of dieting, my body naturally lost the excess weight I was carrying– simply because I wasn’t binge eating anymore! I had to trust the process, and trust that my body would naturally start craving what it really needed when I simply followed my hunger signals. I eat when I’m hungry, and when I start to feel full, I stop. I can always go back for more food if I need it, so there’s no urge to stuff my face all at once.

While it’s super-embarrassing to share my personal struggles here in such a public space (Hi, Mom! Hello, coworkers!), I hope that my experience will help at least one other person who is out there struggling, too.

If you have any questions, please feel free to ask them in the comments below and I’ll do my best to answer them.

5 Books That Changed My Life 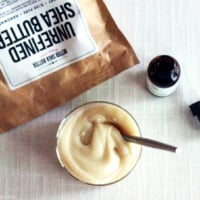 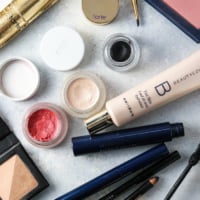