Get your 5-Day Winter Reset today → 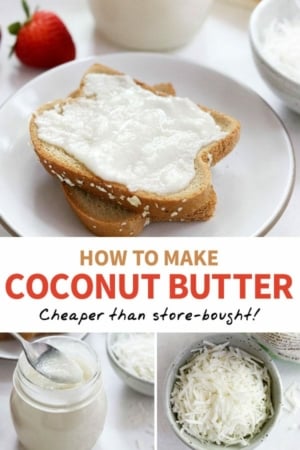 Coconut butter is a creamy condiment that you can use in baking, or as a topping, but when you buy it in the store it can be quite expensive. Today I’m going to show you how to make it at home in just minutes, for a fraction of the price! 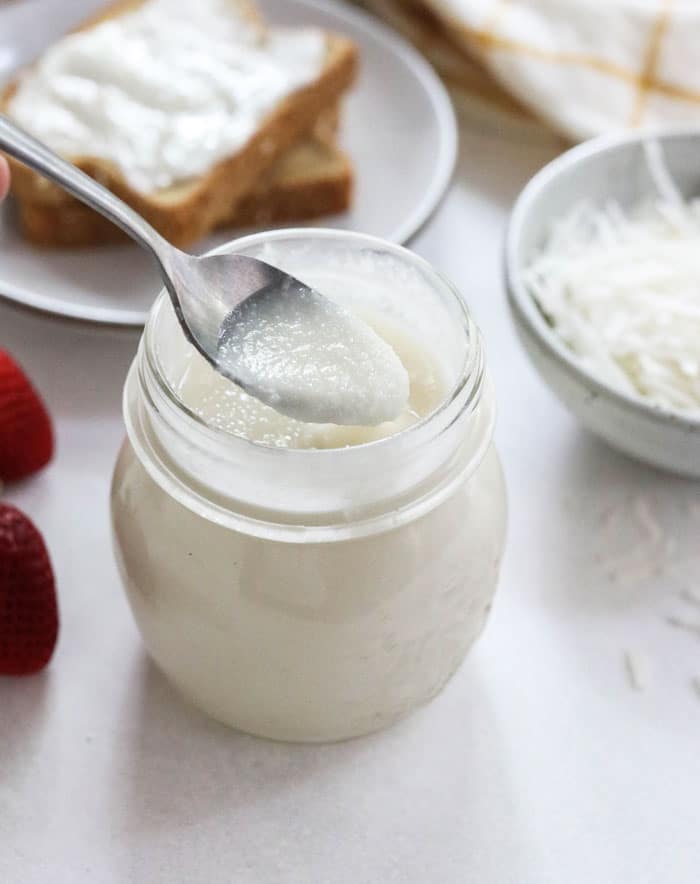 What is the Difference Between Coconut Oil and Butter?

Coconut oil is the oil that has been extracted from coconut, while coconut butter is simply dried coconut that has been pureed into a paste, with all of the fiber included. Think of it like peanut oil (which is a liquid oil) and peanut butter (which is a paste of pureed peanuts.) 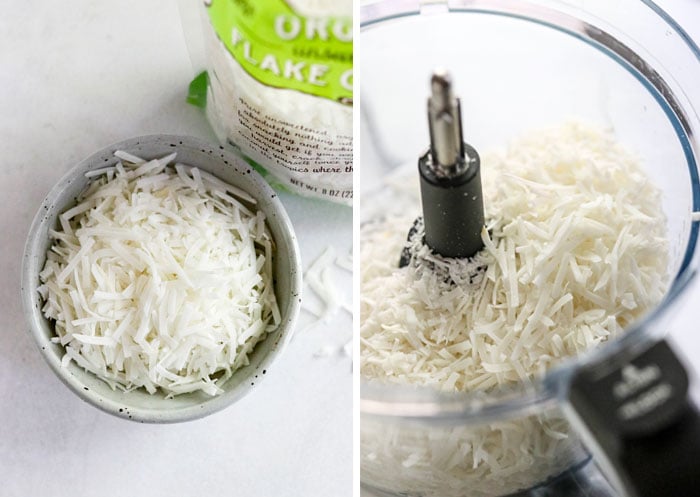 Coconut butter is similar to coconut oil in the fact that it’s solid at room temperature (below 76ºF) and is runny when warmed up. However, coconut butter is much thicker than the oil because it still retains the fiber from the whole coconut.

What is Coconut Butter Made Of?

Coconut butter has only 1 ingredient— unsweetened dried coconut! I use shredded unsweetened coconut because it’s affordable and easily available in the grocery stores near me, but dried coconut flakes should work well in this case, too. The key is that the coconut must be dried and unsweetened, with no other ingredients added.

Coconut butter seems to have a long shelf life. I have two jars sitting on my counter as we speak, and they are still going strong after a month! As long as you don’t introduce any moisture to the jar ( for example, don’t use a wet spoon or a utensil that has touched something else, and don’t eat it directly from the jar and then put the spoon back in it) it should last for several months, just like coconut oil does. If you store coconut oil in the fridge, it becomes so hard that it’s difficult to get it out of the jar. 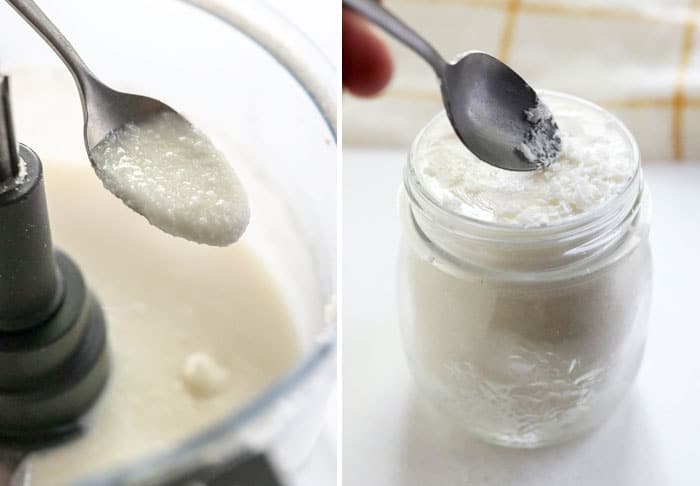 For baking and easy measuring, I usually melt the coconut oil briefly in my oven as it’s warming up, so that the coconut butter will pour easily into a measuring cup.

How Do I Substitute Coconut Butter? 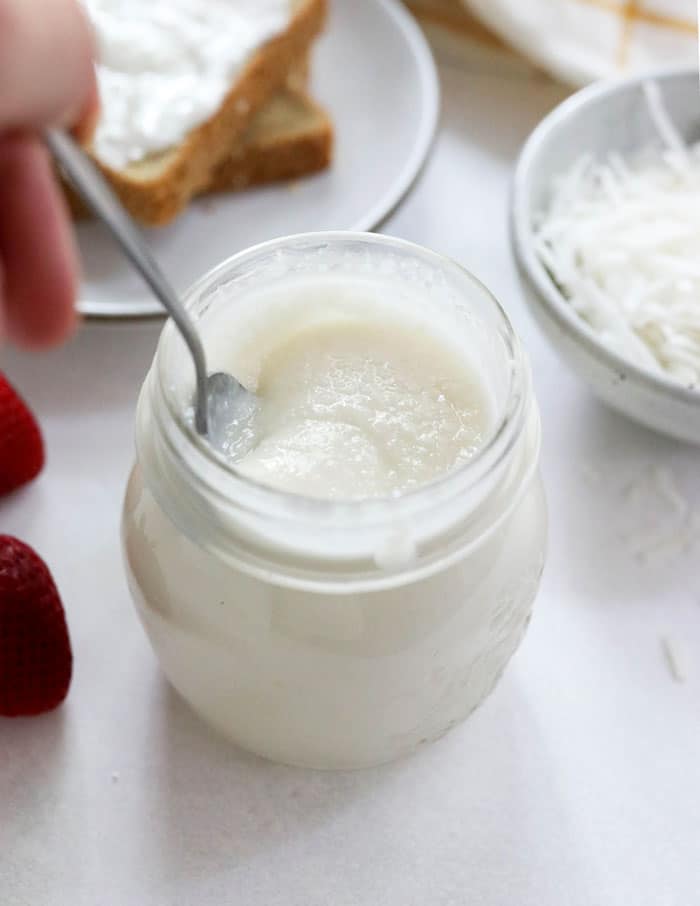 The result is definitely more fibrous in texture, so it’s not exactly something I would serve company, but my family gobbles it up!

How to Make Coconut Butter

Making coconut butter is as easy as pouring shredded coconut into your blender or food processor and turning it on! You might want to stop and scrape down the sides a couple times, but it should be creamy and relatively smooth in 5 minutes or less. (It only takes about one minute in a Vitamix!) 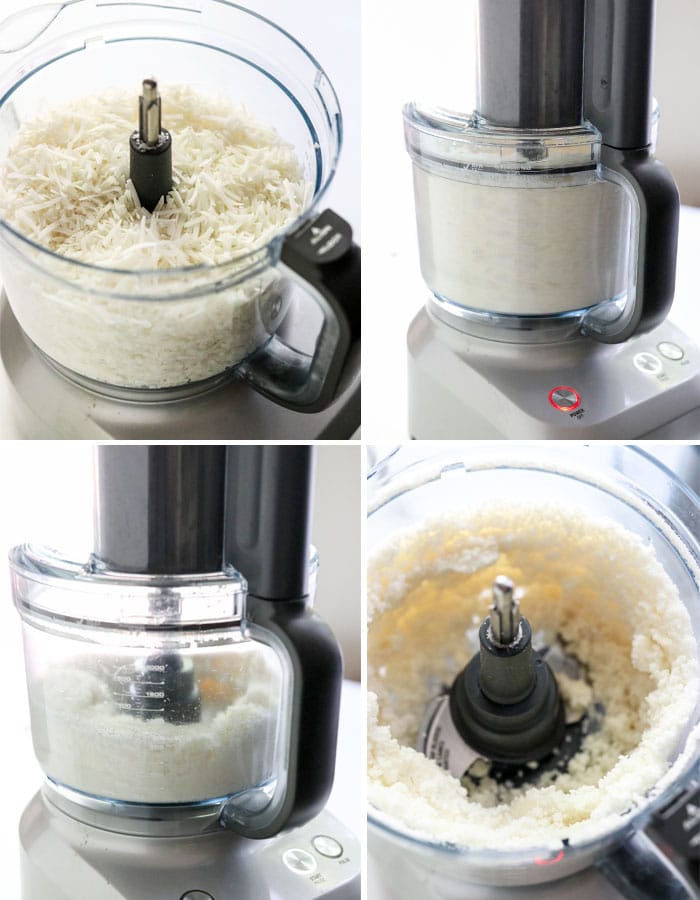 Keep in mind that the texture of coconut butter may look runny, but it does have a slightly grainy texture whether you buy it at the store or make it at home. This is totally normal, since there’s fiber included. 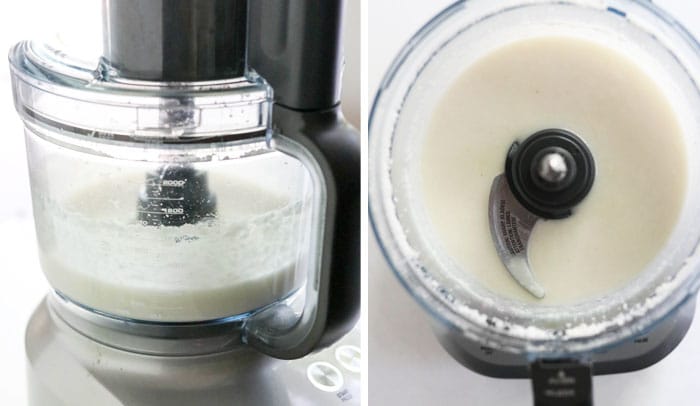 What is Coconut Butter Good For?

Coconut butter makes a great topping for sweet potatoes, toast, and waffles. You can use it as a substitute for coconut oil in certain no-bake desserts, like my Vegan Peanut Butter Fudge, and you can make Coconut Macaroons with it, too.

An 8 ounce bag of shredded coconut is roughly $3.50 in my area, making a 16 ounce jar of homemade coconut butter about $7. 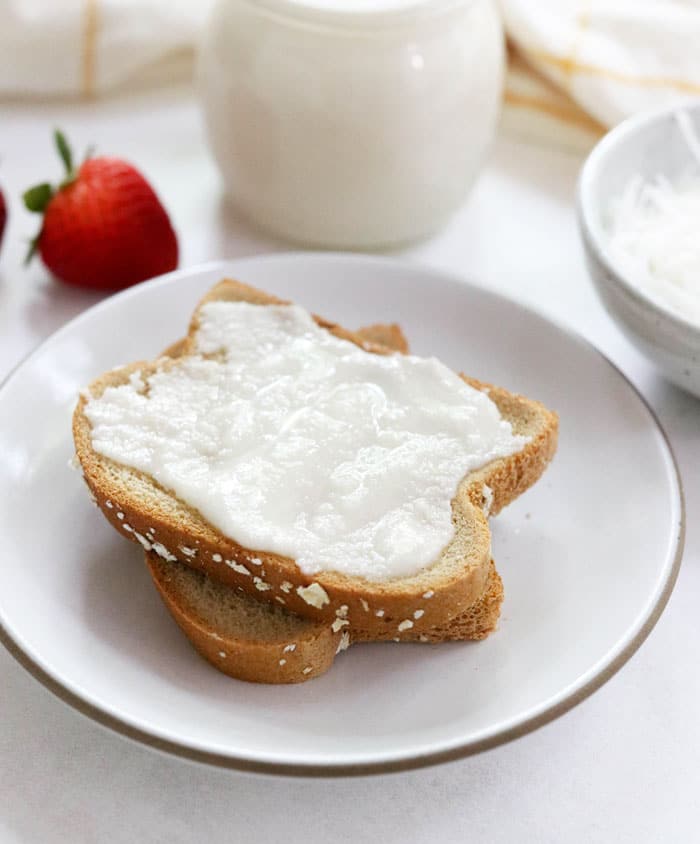 The coconut butter I usually buy at the store costs $11, and the cheapest one I can find online is $8.50, so the homemade version is definitely cheaper. (When I first wrote this post it was nearly a 50% savings, so coconut butter has become more affordable in the last 5 years!) 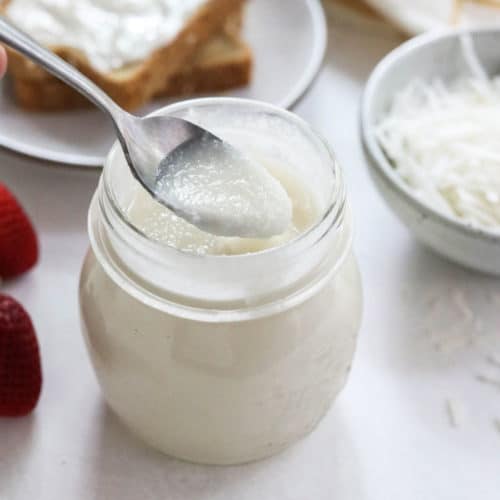 How to Make Coconut Butter (Cheaper than Store-Bought!)

For the most accurate results in recipes, be sure to measure the coconut butter when it is runny and at room temperature. (I like to quickly warm it by placing the sealed glass jar in a bowl of hot tap water.)

Reader Feedback: Have you ever tried making coconut butter before? What’s your favorite way to use it?