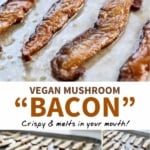 This Mushroom Bacon is the BEST vegan option I’ve ever tasted. It tastes remarkably like the real thing, with a slightly smoky and salty flavor, and buttery-crisp texture. Don’t be surprised if you eat the whole pan! 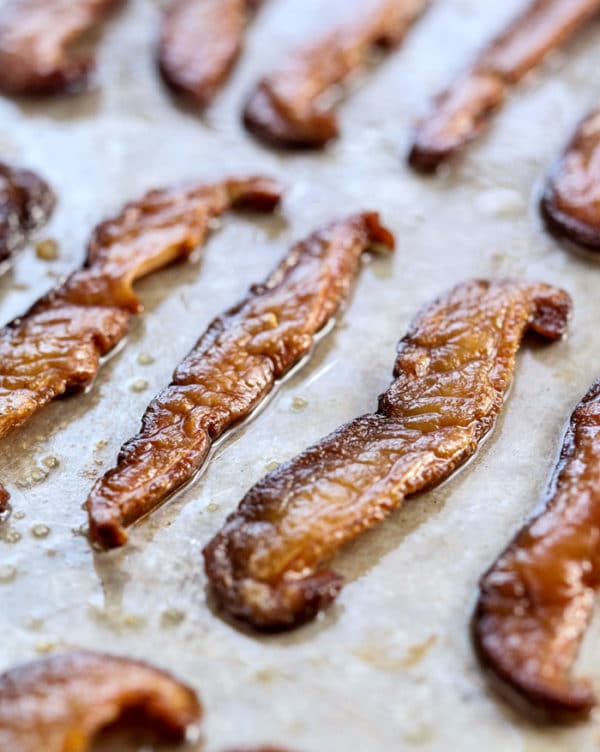 Considering that I’m not the biggest fan of mushrooms, I’m SHOCKED at how authentic this vegan “bacon” tastes. Is it exactly like bacon? No. But it will definitely satisfy your taste buds if you’re trying to avoid meat.

(P.S. The photo above is very close up, because I was amazed by how much each piece looks like bacon! However, they are much smaller in real life, just FYI. You can get a picture of their real size in the process photos below.)

How to Make Mushroom Bacon

Making this mushroom bacon is as easy as it gets. Slice the mushrooms, toss them with olive oil and salt, and bake until crispy. The key to their slightly smoky flavor is using shiitake mushrooms.

When making this bacon, you’ll use the mushroom caps only. Slice them into 1/4-inch slices to make your bacon pieces. (The bigger the mushrooms you can find, the better– they will shrink as they cook!)

Toss with olive oil and salt, then arrange them in a single layer on a baking sheet. It’s really that simple before you bake them!

You’ll need to flip the bacon through the cooking cycle to help get it crispy, then back into the oven it goes. The smaller your mushrooms are, the faster they’ll cook, so watch the oven closely. 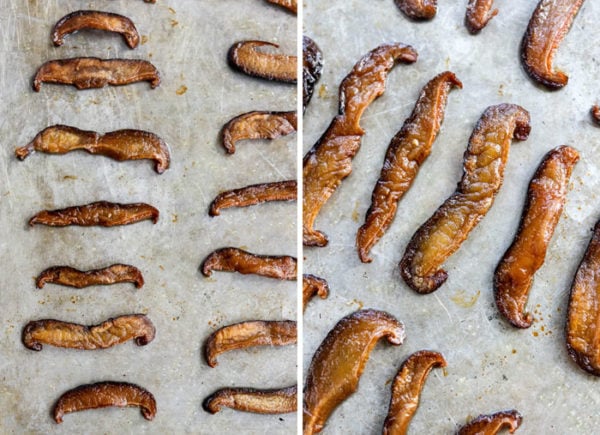 The mushroom bacon is done when it feels like it’s getting dry and toasted on both sides. It will crisp up as it cools, so I recommend pulling it out of the oven after 30 minutes just to make sure you don’t over-cook it. (I’ve burned smaller pieces even at 30 minutes, and they do taste just like burnt bacon.)

Let the mushroom bacon cool completely, for maximum crispness. You might even want to dab off any excess oil with a towel– just like real bacon! 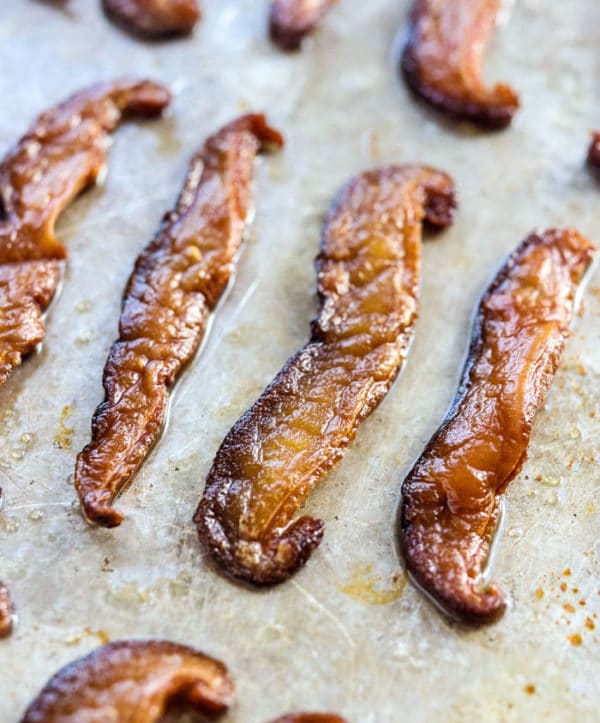 What to do with Mushroom Bacon?

Use this vegan bacon in your favorite pasta dishes, in a BLT wrap, in a vegetarian frittata, in a risotto, or on top of a salad for added crunch. Or just enjoy it straight off the pan like I do! 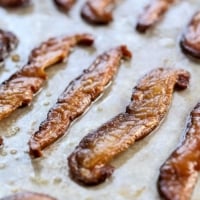 Reader Feedback: Have you tried making your own vegan bacon before? Let me know if you try this one in the comments below, and if you have any other options you love! 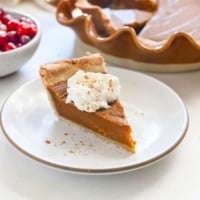 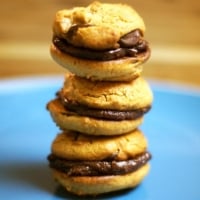 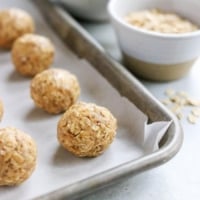