This may or may not come as a surprise, but if you’re buying raw almonds grown in the United States, they’re not actually raw. 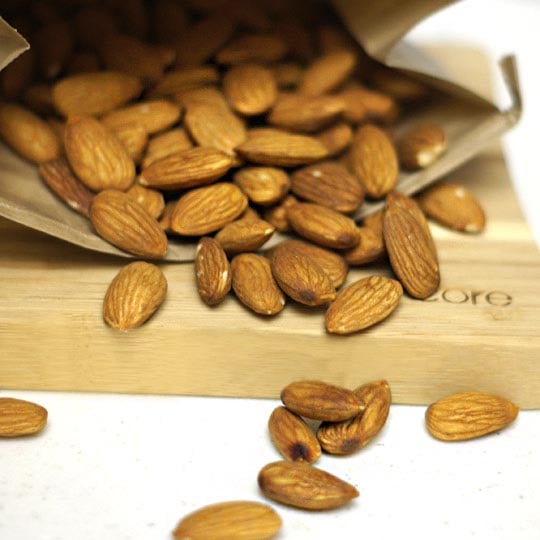 Even if they’re labeled “raw.”

It has been brought to my attention that some people still aren’t aware of this fact, so I thought it might be a good idea to revisit the topic today.

Effective September 2007, the USDA ordered all almond growers to “sterilize” almonds in one of several ways: heat them using steam, irradiate them using a controversial ionization process, roast or blanch them, or treat them with propylene oxide (PPO).

PPO is a known carcinogen, and most countries, including the EU, have banned imported nuts treated with PPO. The chemical is so nasty that it’s even been banned by both the National Hot Rod and American Motorcycle Racing Associations, where it had been used as a fuel additive before it was deemed too dangerous.

The new rule created deceptive labeling. Almonds that have undergone chemical treatments or heating for pasteurization are still labeled “raw.” Consumers who purchase “raw” almonds may well think that those almonds are natural and unprocessed. Moreover, there will be no label requirement to specify what kind of pasteurization treatment was used among the many approved methods or combination of options. [source]

Had I not been a raw food enthusiast at the time, this news would have probably slid right under my radar. As I recall, there wasn’t much media coverage, and I only found out about it through a raw food forum, full of outraged consumers worried about the impending ban.

In a panic, I drove to the nearest Trader Joe’s and bought as many jars of truly raw almond butter as I could possibly store in my pantry.

I was stocked up for at least 6 months.

When my supply had finally run out, I was surprised to find that even after the ban had passed, raw almonds and raw almond butter were still plentifully available on store shelves. 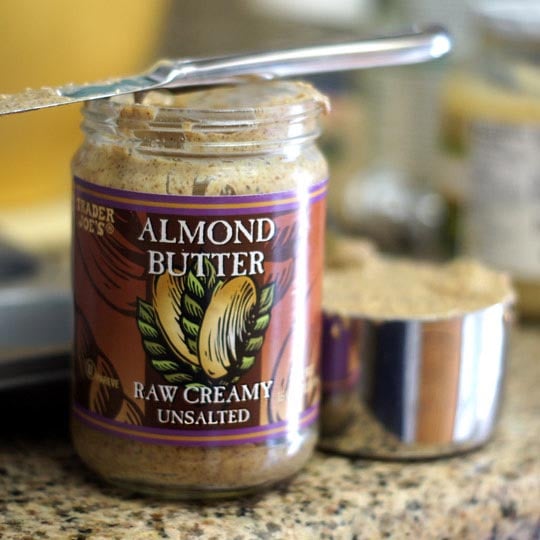 Only, it didn’t taste the same as the raw almond butter I stocked up on before the ban was passed.

That’s when I learned that even pasteurized almonds could be labeled as “raw.” In fact, they can be steamed, irradiated, or treated with chemicals, and still be labeled as raw!

Luckily, there are still a couple loopholes for purchasing truly raw almonds:

1) You can buy directly from farmers–> either at farmer’s markets or online. My favorite online suppliers include:

2) You can also buy almonds that were grown outside of the USA.

I’ve noticed that my local Whole Foods has started carrying truly raw Italian almonds near the bulk section. Check your local grocery store, or talk to the store manager to request that they start carrying them!

Note: If you do choose to buy raw almonds grown in the USA, I’d recommend sticking to organic varieties, to avoid the chemical pasteurization process. These pasteurized “raw” almonds tend to be cheaper than the truly raw varieties, and if you plan using them in grain-free baked goods, they don’t need to be raw anyway! However, avoiding chemicals is always a good thing, if you ask me.

Reader Feedback: Were you aware of the raw almond pasteurization in the United States? If so, do you make an effort to buy truly raw almonds?

My Experience with the Institute for Integrative Nutrition 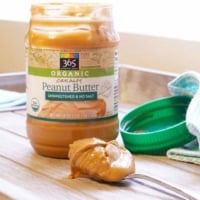