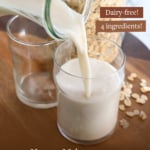 Oat milk is an easy dairy-free milk that you can make at home in just minutes. I love that it’s nut-free, low in fat, and cheaper than store-bought versions! 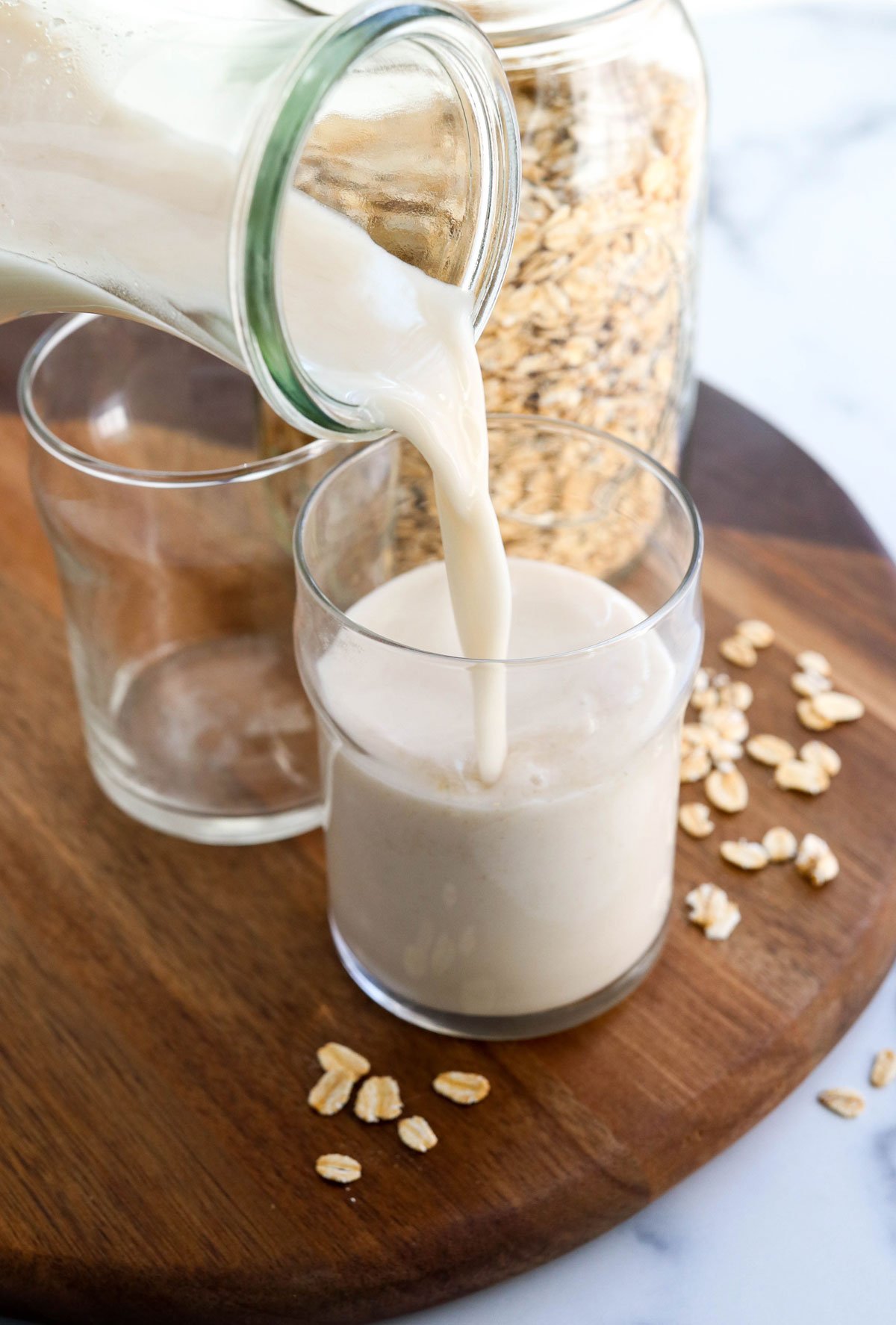 The biggest challenge I’ve found when making oat milk at home is that sometimes it can come out with a “slimy” texture, for lack of a better word. There are a few things I’ve found that help you avoid the slimy outcome. 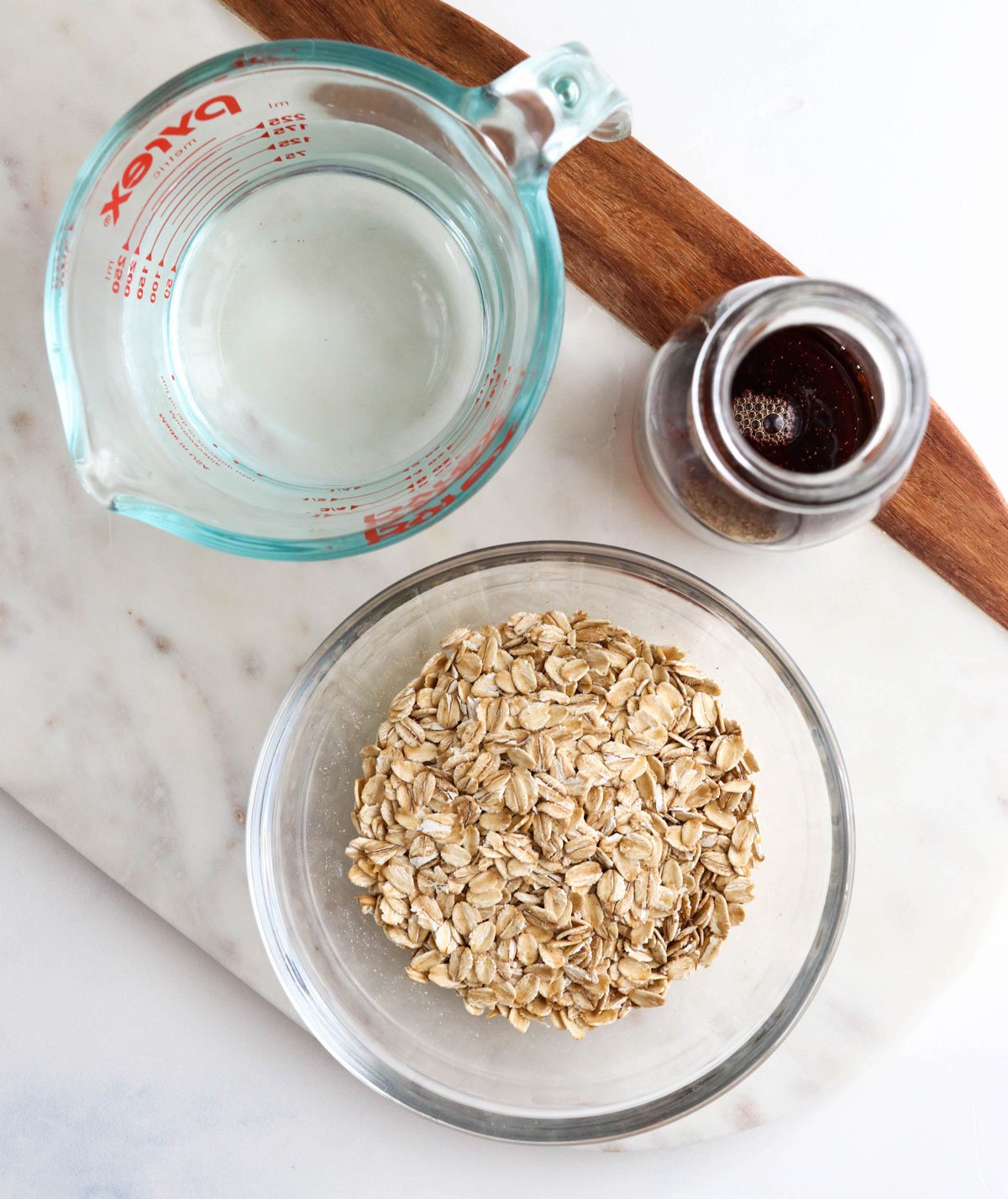 How healthy is oat milk? Considering that 65% of adults have difficulty digesting lactose (which is found in cow’s milk), oat milk is a great dairy-free alternative. In addition, oats contain several important vitamins and minerals.

Here’s why you’ll love them:

Oats are naturally gluten-free, but they can be cross-contaminated with gluten during processing. If you need a gluten-free milk, make sure you buy oats that say “certified gluten-free” on the package.

How to Make It

Making homemade oat milk is just about as easy as it gets. You don’t have to soak the oats ahead of time, so it literally takes minutes to prepare.

Here’s how to do it: 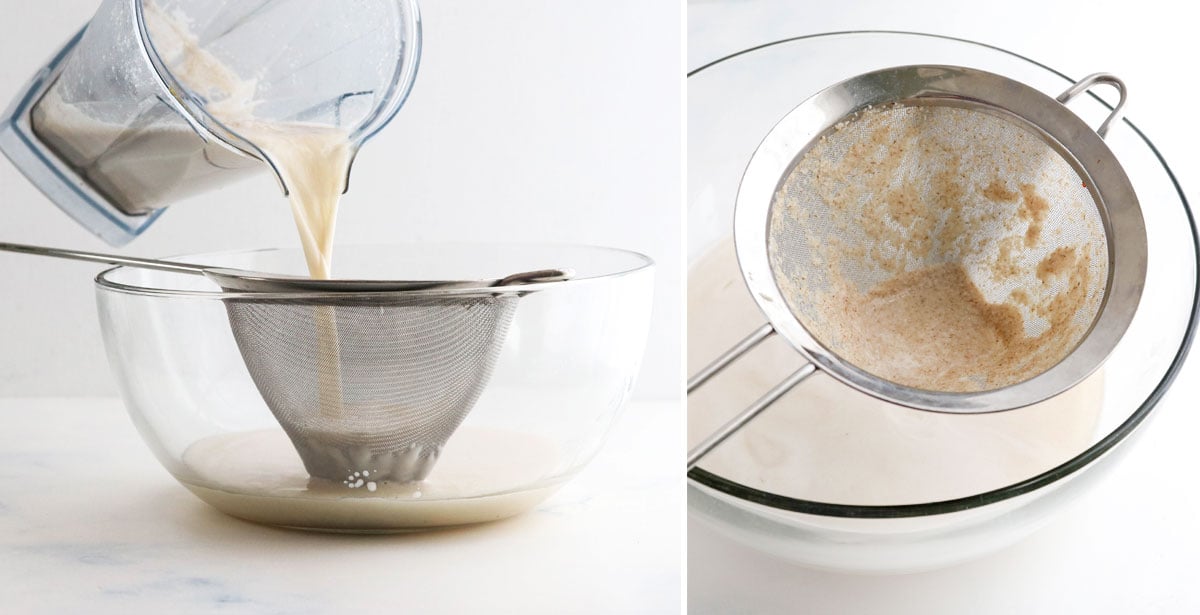 Can You Use it In Coffee?

Oat milk will thicken up when heated, just like it does when you make oatmeal, so the recipe below is not ideal for making lattes. You can add it cold to coffee, like a creamer, but it will not create a foam the way homemade almond milk does.

I’ve even tried adding oil to this recipe, the way store-bought “barista” milks do, but it still doesn’t foam the way my almond milk coffee creamer does. (It will also take on the flavor of whatever you add, so keep that in mind!)

For a warm drink, I imagine you might be able to add extra liquid to help thin it out? It’s something to experiment with, as I haven’t quite figured it out yet! 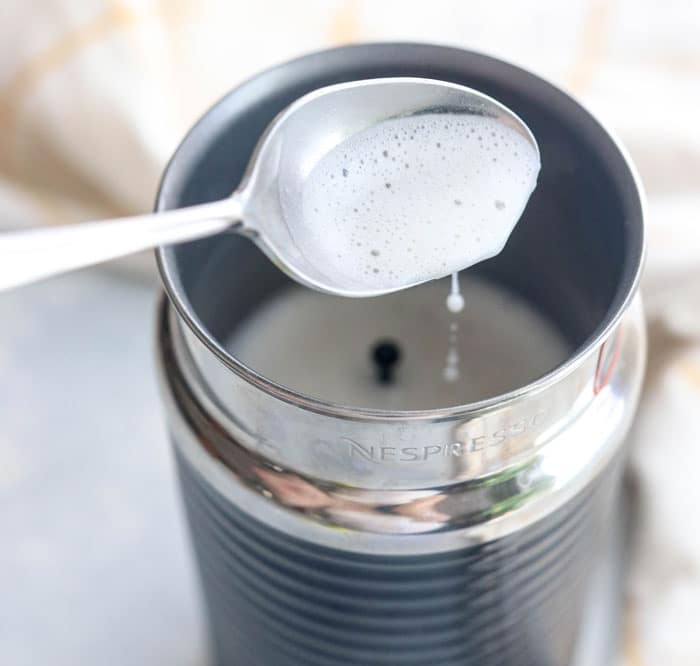 Need more dairy-free milk ideas? Try one of these! 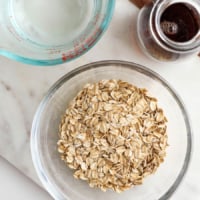 How to Make Oat Milk

Nutrition information is for roughly a 3/4 cup serving. This information is just an estimate and not a guarantee. Oat milk is best served cold, as it will thicken up when heated. Separation is normal when you store oat milk. You can shake it to reincorporate the settled sediment, or just pour from the top for a super-smooth milk.

If you try this homemade oat milk recipe, please leave a comment below and let me know how it turns out for you! And if you make any modifications, I’d love to hear about those, too. We can all benefit from your experience. 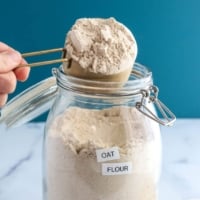 How to Make Oat Flour 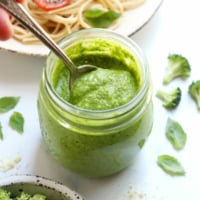 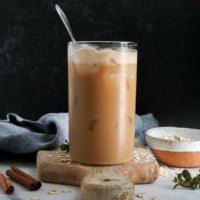 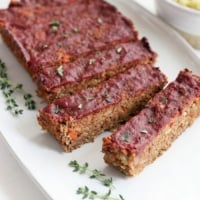